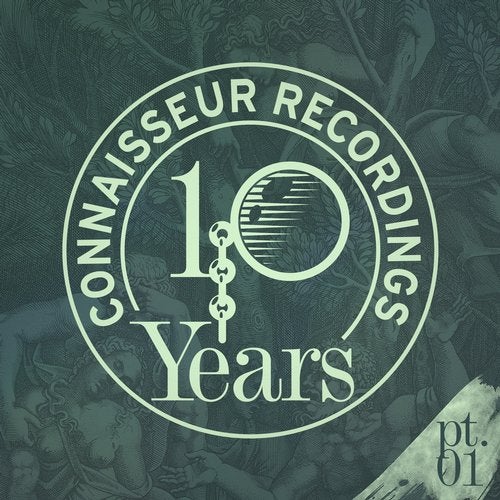 In our scene, a decade is a long time.
When we started the label, we didn't have a master plan, we simply wanted to put out good music we loved, of which we were sure others would love it as well. The way Connaisseur subsequently grew came naturally. If you are music lovers like we are, current musical tendencies will of course always have an infuence on your sound, but basically we stayed true to ourselves and our core has always stayed the same. Yes, we love melodies, yes, we love deepness and yes, we love great emotions, but in which electronic style these are conveyed, is rather secondary. That is our leitmotif, from "Eve By Day" until today and every day to come.
For our anniversary release, we had the idea of asking for collaborations only, as we like the energy of two creative minds coming together and creating something special. Some of the chosen couples had already worked together, others had not. As a result, we now have 6 collaborations, which will be released digitally in two parts and as a selection of three tracks from the two parts on a very nice, limited vinyl.

We are very happy about the variety of styles we have received: From modern trance in the best possible manner from Olderic and Peter Pardeike, over timeless Detroit-infuenced techno-guardian sound by the two legends Aril Brikha and Chymera, start-of-the-art melodic tech-house from our fgureheads Lehar and Musumeci, a cover-version of the 90ies alternative rock classic "Pets" from Pornos for Pyros by our norse darlings Of Norway in collaboration with the Scandinavian pop-star Linnea Dale and the multi-instrumentalist Preben Olram, a Warp-style electronica pearl by the Wareika sidekick project Silky Raven together with Hamburg club-dj legend Solaris, to last but not least a techy guarantor by Maltese pirate The Element and Connaisseur label head Alex Flitsch.
This is part one of 10y of Connaisseur featuring Olderic & Peter Pardeike, Lehar & Musumeci and Silky Raven & Solaris.

Thank you for your loyalty and thank you for 10 years of having shared goose bumps with us!