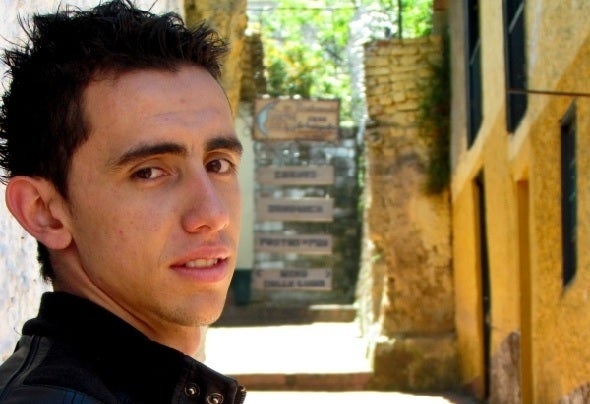 The First Hardstyle DJ & Producer in Colombia. His passion for Hardstyle early age makes it his main goal and pioneer of the same nationwide, taking influences from big European DJs like Lady Dana, Headhunterz, Zany, Zatox, Tatanka, among others. In 2008 he presented as dj Hardstyle producer, is the only producer of its kind in the capital and nationwide. It is the first to sign with a British label (Phat Traxx Recordings) and a Dutch Label (Harderstyles Records). In the period between 2011 and 2013, manages signing with Digital Absolution Records, British , where artists like Dark by Design, One & Trax and KRM also sign Llokko Records, Slovakia where their colleagues Maria Peace and Camilo Suarez, plus this is part of the National Seal Techsound Black records, which produces the Hardcore genre. Currently have for sale more than 20 tracks, promoting Hardstyle scene in Colombia in major online stores worldwide. In 2012 he was nominated along with Colombian DJ Maria Paz at the Hard Dance Awards, being the only 2 Colombians present in these votes. He has been called to different festivals and national holidays such as Save the rave, Beatcrusher 2011-2012, Trance Theory I and II, Destiny Hardstyle Invasion, Bogotrax 2012, Rolo Fest 2013, Dek-dance 2011 Hardcodelia, Happy Killers III, Time for Hardstyle Bogota (Tatanka) and has performed on several occasions REC Issuer, among others. Currently this is 100% dedicated to producing Hardstyle, working closely with Mancini Entertainment and colleagues at National Dance Hard to achieve their sound of Colombian Hardstyle abroad