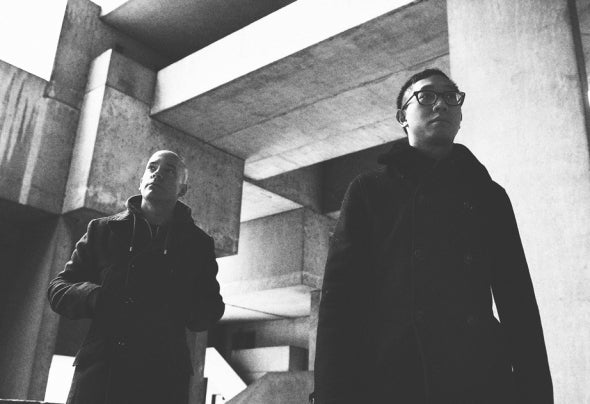 With roots firmly in the fertile ground of Dark Wave, EBM and Techno music, Vosper bring the listener to heady vistas of sound and tone. Where other groups wallow in the dank claustrophobia of retro-fetishism, Vosper's relentless enthusiasm for developing a singular musical voice, nourished on a shared past, guarantees the listener glimpses of, and participation in, the formation of a new sonic sensibility.Formed by Montreal-based Edouard Le and Christopher Byron, the duo utilizes their own rich backgrounds to craft melancholic compositions in an analog mode for a digital age. Though both Le and Byron had previously collaborated, it wasn't until the formation of Vosper that the intangible qualities of their own musical ethos truly coalesced into an unique sonic world, coloured by visions of haunting pasts and future frontiers.Through his involvement in various music projects, as well as DJing in Paris, London, Toronto and Montreal, and production and remix releases in multiple electronic music genres, Le has developed a deep understanding in production and remixing with a natural affinity for the dance floor.In Christopher Byron, Le found a kindred spirit... Weaned on the sounds of new wave, alternative and industrial music, and particularly influenced by the genius of Alan Wilder, Byron's sound design skills and song-writing produce the melancholic strain that runs so deeply through Vosper.Fuelled by an obsession for collecting vintage gear, the band's signature sound has been crafted using a select ensemble of hardware. Influenced by the music of early Human League, Joey Beltram, Nitzer Ebb and LFO, Le & Byron have fashioned an abrasively modern dynamic from the modes and mores of the past. Vosper is about the marriage of propulsive Teutonic beats to the melodic impulse of the Sheffieldian sound: muscular industrial-strength rhythm finding its highest expression in its companionship to the pensive and wistful despondency of memory.Their debut release EP on highly regarded Parisian label Meant Records marks a great head start for this up and coming band.