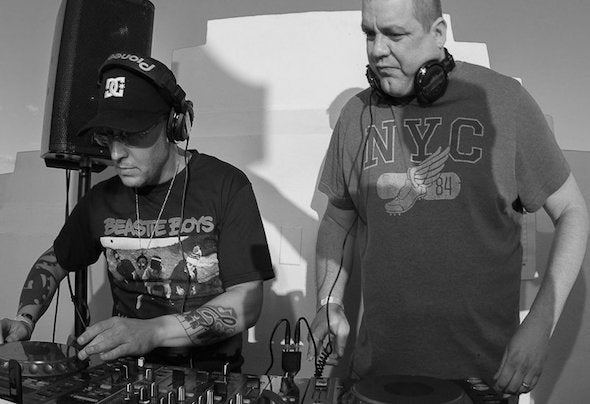 2 TIME REMIX AWARD WINNERS!!!!From the Studio to Your Dance Floor.it's The Scene Kings! Talent and experience combined to form a powerful production duo!The Scene Kings have gained notoriety among music industry pros worldwide. The combined talents of veteran producer Dennis Ciallela and John Feelgood deliver the 'big room ' goods, with a signature sound that features a unique blend of high energy dance genres. Ciallela, a 2007 IDMA-nominated producer, and Feelgood, a featured performer at numerous Garden State venues, have over 25 years of production credits to their name. In 2017, they scored 3 #1 Billboard Dance hits including work with The Chainsmokers, MK, Rihanna, Jess Glynne, Selena Gomez, The Weeknd, and Noah Cyrus under their belts, they've quickly become one of the go-to producers for A&Rs, major labels and up and coming artists. In addition to their production, they take their show on the road and are available for worldwide DJ performances. If you can't catch them performing live they also are featured DJs on numerous stations and syndicated radio shows around the world.The Scene Kings are resident DJ's on America's most listened to mix-show, The Remix Top30 Countdown. The RT30 is currently heard on over 100 radio stations throughout North America and around the world including Evolution on iHeartradio.During Miami Music Week 2018, The Scene Kings announced the official launch of their new label imprint High Pass Recordings. High Pass Recordings will feature their own original tracks as well as tracks from up and coming artist who share the same passion for dance music as they d