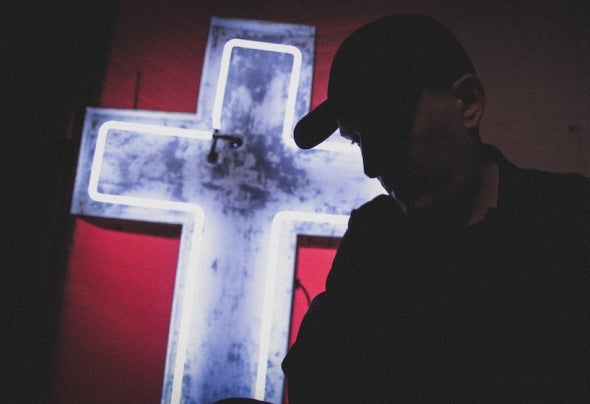 One fateful night, after experiencing the energy of the pulsating dance music pouring out of the speakers at a rave at the Ontario Science Centre, Terror Tone aka Luke was gripped with a compelling urge to explore the depths of electronic music for himself. He started producing drum & bass music and went on to host a radio show at the University of Windsor, which went on to win titles in both “best new show” and “best electronic show” at the CJAM Radio awards in 2006. This was just the beginning for the Canadian bass innovator.Luke has a long musical history, he started his music career playing the trumpet in grade school and went on to play classical guitar for 5 years winning multiple competitions across Ontario, Canada through the Royal Conservatory of Music, he later continued his obsession with music, writing songs and playing lead guitar for bands, It was after his bands dissolved that he became heavily involved with the electronic music scene His previously mentioned love for Drum and Bass quickly evolved to other genres in the rave scene to what is now quite a broad range of styles, Luke has produced everything from Dubstep, Electro, Uk Funky to Breakbeats. The various remixes and original productions he has penned have received critical acclaim, making several recommended lists on various international retailers. He has also won remix competitions hosted by Bass Music Blog and Trouble and Bass..Sitting at the computer for hours with his essentials: Cubase, multiple synths, and loads of coffee – Terror Tone churns out unparalleled original beats at a pace that would intimidate most. From his productions, it’s clear that he doesn’t hold back – but instead indulges in every parameter available. His dedication to music is unrivaled: a true slave to his passion. Having recently started up his own label titled "Stacked Records", there is a bright future for this Canadian producer, keep it locked!