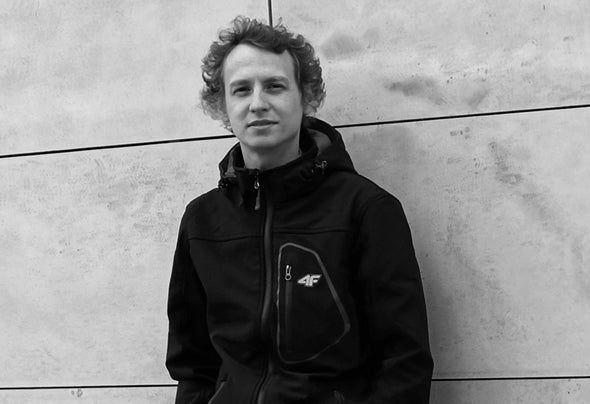 Vintage Division emerges Oldschool 90s Chicago House/Garage sounds with a futuristic touch of Tech, Bass and Deep. Everything started when Pawel at the age of 16 got introduced by a friend to variety of music genres such as Nujazz, Trip Hop, Funk, and Electronica. He eventually started collecting it, and that lead into first experiments with his own sounds. During that time love towards sampled music arose, and he got into House music properly when discovered the ‘Deep House Cat’ podcast. Attracted by elegant style and sexy dissonant feeling of it, he decided to refine the style more towards dancefloors. Pawel’s first DJ performances (under different alias) took place at Staffordshire University where he is currently studying BSc Creative Music Technology. He held there residency 2011-2013 at Sumo Scientist. In So far he Dj’ed in places such as Ibiza, Krakow (PL), Jaworzno (PL), Liverpool (Heebie Jeebies), Llandudno (The Fountains), Stoke On Trent (Bar 360), Nuneaton (let's All have Disco), Rugeley, and Crewe. Pawel Supported likes of N.A.N.C.Y, Elizabeth Jay, Trevor M. October 2013 saw his appearance on BBC Click and The Guardian - collaboration with game designer Martin Hollis (creator of Goldeneye 007, Perfect Dark, Nintendo) for Game City 8 festival.