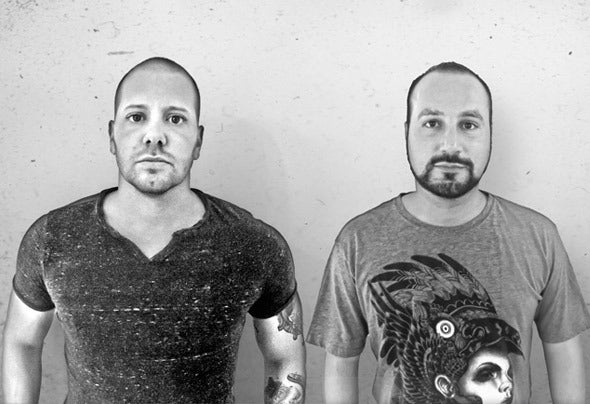 Lance Blaise & Gabriel Ben formed the Tattoo Detectives in 2005 and became one of the most exciting new talents in the global dance music scene. Their unique blend of electronic, techno elements have often come together to create some floor pounding productions. The duo's vibrant crowd pleasing DJ sets have often filled floors and their releases have landed on a number of different prestigious labels globally, including Intec, Sound of Acapulco, Twisted, Vandit, and Teggno Records to just name a few.Tattoo Detectives have often found themselves on the playlists & charts of DJ's across the globe. In the past they have drawn praise from some of the most regarded DJs in the world including the likes of Carl Cox & Paul Van Dyk. Tattoo Detectives made some serious international headlines, which found them on Paul Van Dyk's Vonyc Sessions in June 2007 and then invited back to become a monthly regular guest show on Vonyc beginning in September 2007. They were also featured on Carl Cox’s Global Radio Show in February 2007, in the Spotlight Segment which aired to over 15 million people in 20 different countries. However, Cox’s support does not stop there; he also invited Tattoo Detectives to open for him in October 2007 at New York’s Pacha Nightclub. The duo has also been captivating crowds with his DJ sets in the US and has also been heard world wide on XM radio, Vonyc Sessions, Afterhours FM in Lima- Peru, Proton Radio and DJ Lucca’s Sound of Acapulco show in Czech Republic which aired New Years Eve in 2007.Tattoo Detectives' productions have been favorites of many; including being charted Top 10 with Carl Cox for "Il Salto Fuori" and also selected by Carl as one of the best tracks in 2006. Carl told Residentadvisor.com "This record is storming" and "Its pumping techno in its fury." However, the support for “Il Salto Fuori” didn’t just stop with Cox, it become a regular in Paul Van Dyk’s DJ sets as well. PVD selected the track for his "Cream Ibiza" CD which released June 2008. Paul told millions of listeners on his Vonyc Show 102 "The Ibiza 2008 season is inspired by the Tattoo Detectives." It just doesn't stop with that one track. Carl's "Space Ibiza CD" released on Intec in July 2006 also featured Tattoo Detectives "ETC" and was picked as one of the best songs at Carl's Ibiza Parties in the summer of 2006. Also the single "She Bleeps N' Bloops" got some notable recognition as it made headlines with URB magazine and BEATPORT, becoming a top seller on the internet’s most prominent download music store.The duo reunited in 2012 at Ultra Music Festival for a reunion performance. After much success with the reunion they have gone on to perform together again for select shows. They have also again joined forces musically releasing tracks together under their real names.2013 will see Tattoo Detectives join together again at Ultra Music Festival for another massive crowd captivating performance. The duo of Lance Blaise & Gabriel Ben will be an act not to be missed this year for sure. Also keep an eye out as they will be releasing their back catalog of music along with brand new 2013 remix from some techno heavy hitters along with a new Gabriel Ben remix as well as a Lance Blaise one to match!