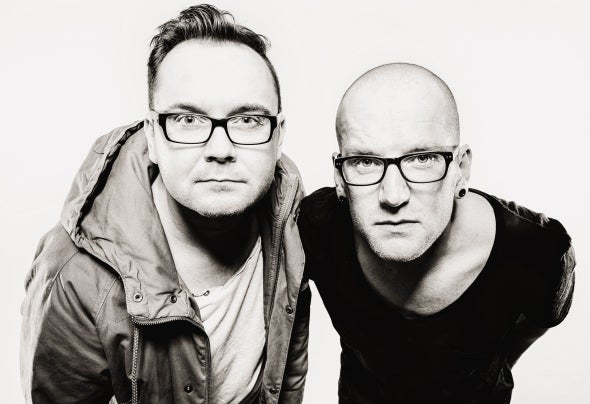 It was at a party in 1997 when the two “Randberliner”, Stefan and Christian, first crossed paths. It did not take them long to realize that they do not only have the same musical taste but a mutual passion for music and spinning. Having been behind the decks for quite some time, Stefan drew Christian deeper into the world of DJ-ing, and during the following years, their friendship and musical cooperation grew stronger. This partnership ultimately led to the foundation of Gleichlaufartisten in 2004. With this stage name, they have fascinated audiences in popular Berlin clubs such as Maria am Ostbahnhof, Magdalena, Sternradio, Kino International, Lindenpark and Raumklang, to name a few. Their constant urge to further develop their style and skills paved the way for diving into the world of production, which is what they have been focusing on ever since. They knew well how to utilize Stefan's experience and so they started complementing each other's different qualities within their music. While Stefan puts the ideas into place and sets out the framework, Christian delivers the smooth finishing with his extraordinary ear for fine and sophisticated sounds. Even if the music scene in which they live has been experiencing constant changes, they have always been true to their own unique style. Their passion is Minimal and Techno and this can be heard in their sets as well as productions. Step by step, they have established their small studio in which they work with equipment such as the Microkorg and Maschine, and where new sets and productions are brought to life.