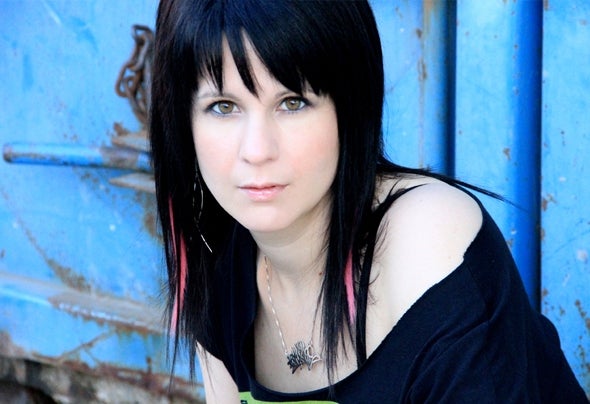 "DJ Shortee is the world’s premier female DJ!!” GRAMMY FOUNDATION"The ultra-versatile DJ Shortee has become queen of the scratch world. She has become an unquestioned paragon in her field.” DJ TIMES“Within the ever crowding DJ/Producer genre, Shortee's versatility & musical prowess stands out. With her compelling musicianship she has created a turntable style all her own & has grown from obscurity to acclaim” URB Recognized as one of the most diverse & technically skilled DJs in the world, SHORTEE's 16 year career is highlighted by an unparalleled series of firsts. Named “Queen of the Scratch World” by DJ Times, Shortee has been described as the “World’s Premier Female DJ” by the Grammy Foundation and her unique contribution to the art of DJing earned her a spot as the only female DJ featured in Doug Pray's critically acclaimed movie SCRATCH. Shortee has produced countless releases on numerous labels in multiple genres, appearing solo and with partner DJ Faust (Faust & Shortee aka Urban Assault). Co-founder of labels Heavy Artillery Recordings & 5 Star Records, her skills as a DJ & Producer have earned her acclaim in countless publications including Rolling Stone, Spin, DJ Times, Urb and Remix as well as licensing features airing on networks such as NBC, ESPN, MTV & HBO. There are few DJs that are truly respected globally in such a wide variety of genres as Shortee. She spins everything from House, Dubstep, Drumstep, Drum & Bass, Breaks, Hip Hop, Top40, Mash Up, Funk, Soul and Rock. Her fast paced mixing style, expert scratching skills and energetic stage presence has made her one of the most in demand DJs touring worldwide in North America, South America, Europe, Asia, Africa & the Middle East. It is impossible to paint a complete picture of an ever evolving artist like Shortee with words alone so visit her website for more info, social media links, music, videos, tour dates & free downloads!