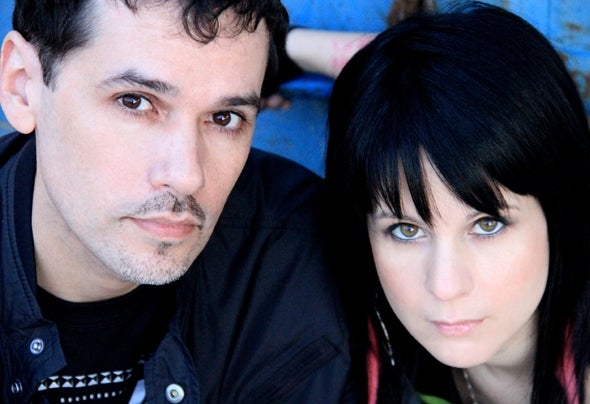 "Creatively, versatility appears to be the name of the game as far as Urban Assault are concerned. This male/female combination of performers is far from a gimmick – they're renowned as some of the most talented in the industry, having paid their dues and then some.”KNOWLEDGE MAGAZINE"Every track Faust & Shortee aka Urban Assault release gets picked up and smashed by the scene's hottest DJs till they become an anthem." TRACK IT DOWN"Faust & Shortee's seamless 4 turntable mix has earned them a growing international impression." SPIN MAGAZINE"Faust & Shortee are what they appear to be: Two of the hardest working multi-faceted DJ/Producers in the country.” PERFORMER”Faust & Shortee blur the line between the real & the sublime, the concrete & the abstract, hip hop & EVERYTHING!” URB MAGAZINEUrban Assault (aka Faust & Shortee) have been a powerhouse in the DJ/Production world for the last 16+ years electrifying audiences on a global scale. Specializing in the grimy beats & filthy bass line genres of Dubstep, Drum & Bass, Drumstep and Electro House, this dynamic duo continues to awe masses worldwide both in the studio & on stage complete with live 4 turntable DJ trick sets scratched to perfection.Ranked as one of the top 5 Turntablists in the world by SPIN Magazine, Faust released the first turntablist album in history, the critically lauded Man Or Myth and continues to push the boundaries of his production today in various genres. Shortee is acknowledged as one of the most diverse, technically skilled female DJs in the world, described as “The World’s Premier Female DJ” by the Grammy Foundation and named “Queen of the Scratch World” by DJ Times. Both were featured in the award-winning documentary “SCRATCH” (Palm Pictures) marking their historical contribution to the art of DJing and Turntablism. Together their solo & team albums have earned them critical acclaim in major publications like SPIN, URB, Remix, Knowledge, ATM, DJ Times, Rolling Stone etc., while their music is featured on networks such as MTV, NBC, CNN, HBO, ESPN and more.In addition to rocking stages globally, Faust & Shortee are constantly in the studio producing music for release on various record labels as well as their own imprints. They successfully run two multi-genre labels: Heavy Artillery Recordings (House / Drum & Bass / Breaks / House / Dubstep / Drumstep) and 5 Star Records (Hip Hop / Battle / DJ Tools). Their original tunes and remixes frequent the Top10 charts and have the support of some of the biggest names in the industry.Whether they appear as ‘Faust & Shortee’ or disguised as the grimy “Urban Assault”, the bass line is always front and center. Their ambitious schedule shows no signs of letting up as they continue to bang out killer beats in the studio and drop devastating bass on stages worldwide.**Check out this insane video of Faust & Shortee aka Urban Assault performing live remixing using the Native Instruments Traktor X1 Controller together with Serato Scratch Live on 4 turntables!http://www.youtube.com/watch?v=vmVwmDM39_s