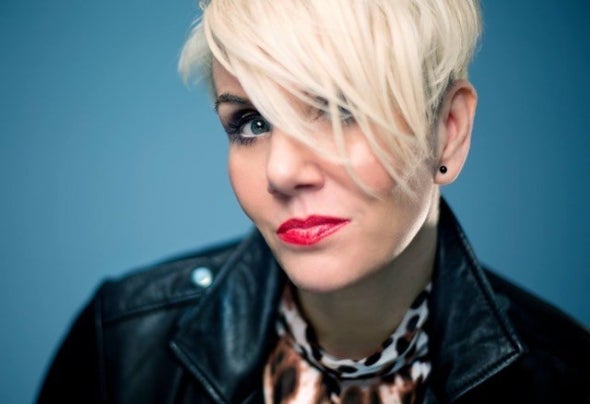 Recently returning to the UK, after a 10 year musical adventure in Dubai, Rachael Calladine is re-establishing herself as a wellknown face on the uk jazz and soul scene. Before heading to the Middle East in 2008, Rachael was a regular performer, with herown band, at all the famous London venues required to ensure she was recognised as one of the uks top jazz and soul vocalists,including 35 shows at Ronnie Scott's Jazz Club, most recently in November 2018 as part of London Jazz Festival, andnumerous appearances at Pizza on the Park, the London jazz festival, the 606 Club and the Jazz Cafe to name but a few.She is also well known with hip hop/jazz fans as the ex lead vocalist with the London based band Us3 (cantaloop/flip fantasia,Blue Note Records, EMI) with whom she toured Europe extensively, appearing at Blue Note Milan, Gurtenfest Switzerland andMTV festivals, appearing on MTV numerous times and performing regularly alongside artists such as Jamiroquai, The BrandNew Heavies, Incognito, Amy Winehouse and Joss Stone.Session work includes The Spice Girls Uk tour 1999-2000, The Brit Awards and TV work with Kylie Minogue amongst others.As a songwriter, Rachael has also had a healthy presence on iTunes for some time, with a catalogue of internationally releasedmaterial, 3 solo albums and high pro?le compilations such as Giles Petersons worldwide volume 2, Hed Kandi, Roger Sanchezand Cafe Del Mar. Rachael currently works with numerous labels around the globe (Tony Recand has celebrated 3 number 1releases in on the Tracksource Soulful House Chart amongst others..Now back on UK soil after 10 years in the Middle East, Rachael is looking to re-establish herself in the U.K. and Europe withrecent sell out gigs at London’s Ronnie Scotts Jazz Club and The 606 Club amongst others. She’s also writing and recordingextensively in the House Music Genre.www.residentadvisor.net/dj/rachaelcalladine