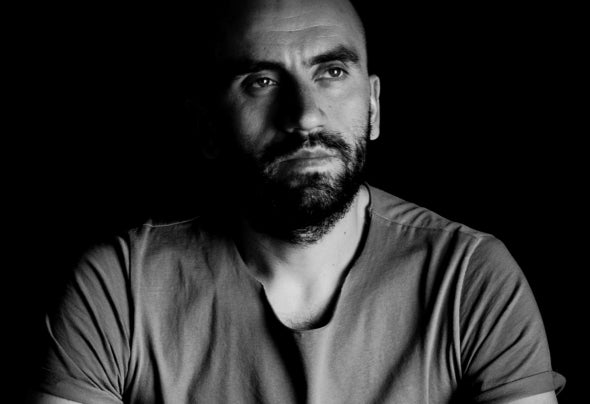 Nicola Amoruso aka Amorhouse is an Italian dj and producer, protagonist and resident in the most popular clubs of Southern Italy for over 15 years (Divinae Follie, Jubilee, Lampara, Switch Club, Fellini, Noir, Nautilus, Fab). Born with a funky and soul music style, he started his career as dj in 1994, when it was just fourteen, in the period of consecration of House Music as a social phenomenon.After playing in the first parties with friends, he was soon recruited by Divinae Follie considered the temple of House music in the south of Italy; here he led out interacting with world famous guest djs invited in the club, such as: David Morales, Tony Humpries, Little Loue Vega, Joe Claussell, Claude Monnet, Francois Kevorkian, Spiller, Ralf, Coccoluto,Marco Carola, Luciano, Carl Craig, Magda, Dennis Ferrer, Shinedoe, Kerri Chandler, Pirupa, Riva Starr and many others. His dj-sets are unique and full of energy; they are not limited to only one genre, but they can vary from deep to tech house, following the needs of the dancefloor. For this reason, after having selected music for the best clubs in southern Italy , he came back as resident DJ at Divinae Follie Disco ( Italy ) till December 2012 spending 5 wonderful years and reaching his consecration by starting to play as guest dj in some of the most popular clubs of Europe and abroad, such as Amnesia in Ibiza ( Spain ), Queen in Paris ( France ), Hed Kandi in Miami Beach ( USA ), Revelin Culture Club,Fuego & Lazareti in Dubrovnik ( Croatia ), Planet Tus in Kranj ( Slovenia ) and many others ... Thanks to the knowledge about dance floor and its needs acquired during his career, during the latest years Nicola Amoruso devoted himself to the production of his own tracks released on famous labels as Purple Tracks , Kings of Groove, Soundman on Wax, Atal Music, Ocean Traxx, Go Deeva Records and others. Currently Amorhouse has chosen to be a freelance, the best condition to bring his music philosophy all over the world.