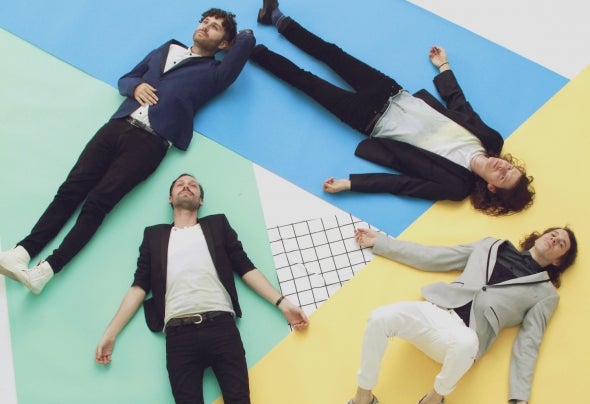 Recently settling in Los Angeles, the five-piece found inspiration in the glowing year-round Californian sun, set up a home studio, and eagerly started experimenting to release singles Real Slow and Colours in the Sky over the Summer of 2013/2014.'Wild Motion (Set It Free)’ oozes the recognisably catchy and upbeat vibes which Miami Horror have taken ownership of since 2009’s debut EP Bravado & hit single 'Sometimes'. Yet with ‘Wild Motion (Set It Free)’, the band have reached anew pinnacle of their songwriting. The track showcases the ever-growing production talent of the band and producer Benjamin Plant, the huge soothing vocal harmonies of singer Josh Moriarty and a monumental vintage-sounding riff that sets the scene for the band’s new direction.Plant explains, “Musically, ‘Wild Motion (Set It Free) is a love child of Talking heads, Paul Simon and some sort of lost 80's Australian anthem, while lyrically it ponders when is it time to set something free".The new single has been unleashed in conjunction with the announcement of a national tour which will take the band to Brisbane, Canberra, Sydney, Coffs Harbour, Adelaide, Melbourne, Karratha and Fremantle this September. Tour dates and ticketing details are below.Miami Horror have been busy working toward the release of their long-awaited second album which is set for release late 2014.