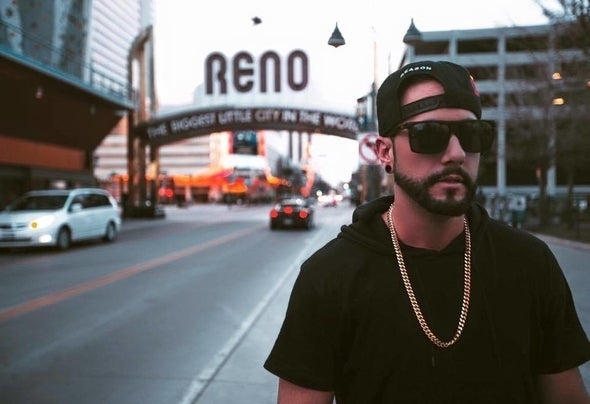 Meaux Green’s presence in dance music over the years has turned him into one of the most coveted players in Bass scene and beyond. Using his Miami influenced Hip-Hop background as inspiration, he effortlessly fuses hip hop beats with current dance music trends like no other in the game. Meaux hit 2017 in full stride with his debut EP "SoundKillaz" releasing on Flux Pavilion's label Circus Records. Not one to ever slow down his creative process, Meaux has released a flurry of coveted remixes in the last year for artists such A-Trak, Louis The Child, Party Favor, Flosstradamus, DJ Snake, Valentino Khan & Skrilelx, The Chainsmokers, A$AP Ferg, and more. His Diplo & Friends BBC Radio mix is one of the highest rated of the year and was praised by Diplo himself in the mix saying “This man is responsible for starting all the parties.” Meaux's sophmore EP will be releasing on Circus Records later this year and you can expect to see more official remixes from the king of booty bass in the very near future. Meaux works endlessly to secure a sound unlike anything before him. In fact, Billboard recently named Meaux Green as the "Next Big Sound". As a touring artist Meaux Green is currently on the Troyboi tour and has seen very successful co-headlining tours with Party Favor on "The Twerk Circus Tour” and alongside Valentino Khan and Gent & Jawns on “The Dead Presidents Tour.” Mr. Green has also enjoyed selling out shows this year in Australia and New Zealand on his solo debut Australia tour as well as kicking off this years “Mad Decent Block Party” events.