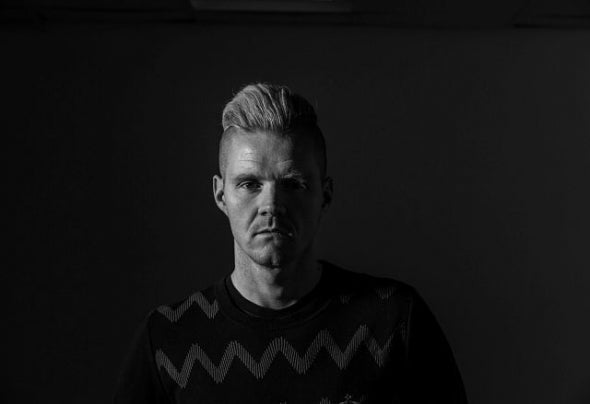 Innovate, creative, inspirational. Just three words to define Jamie Duggan’s mammoth career. Few can lay a claim of starting a scene, but from the age of 17, Jamie set his goals high. Taking his Niche residency to every corner of the world and exploiting his larger than life persona, Jamie Duggan is a name synonymous with the bass music scene. His first ‘Sound Of Bassline’ album with Ministry Of Sound sold over 150,000 units in 2008/2009, and was swiftly followed up with ‘Sound Of Bassline Part 2’ selling over 100,000 units in 2009/2010. More recently, in Spring 2017, Jamie got together with DJ Q and New State Records to curate the much anticipated ‘Pure Bassline’ compilation which has had over 20,000 sales and hit the Number 1 spot in the UK Top 40 Dance chart. Again, the success paved the way for a second album in the series which was released just in January 2018, this time with DJ Q, Darkzy and Skepsis all getting in on the action and hitting the Number 2 UK Top 40 Dance album spot. Relentlessly busy with gigs all over the UK and beyond, but whenever possible Jamie still always makes time for the studio. Having formed a partnership with the legendary Booda almost 15 years ago, the pair have been responsible for some of Bassline's biggest anthems – from original productions to bootlegs averaging over 100K plays each on Soundcloud, including many remixes over the years for the likes of Skepta, Wiley, Boy Better Know, Donea'o, Wideboys, Sweet Female Attitude, H'Two'O / Platnum, and now more recently with current artists such as Tom Zanetti, Bru-C and more. Looking ahead, he’s working on a new B2B project with DJ Q which will see a handful of huge collaborations throughout 2018. The thirst for Bassline has put Jamie Duggan on line-ups alongside names like Skepta, DJ EZ, Giggs, Bugzy Malone, Tchami, Chris Lorenzo, T.Q.D, Jauz, My Nu Leng, Holy Goof, Skepsis, Darkzy and more at iconic venues including Magna (Sheffield), Motion (Bristol), Victoria Warehouse (Manchester), XOYO (London), Stealth (Nottingham) and Digital (Newcastle). As the popularity of bassline grows, so does the demand for Jamie Duggan as one of the scene’s OG players – regular bookings at iconic venues like Fabric in London, and for festivals like We Are FSTVL, Forbidden Forest, Pier Jam and Annie Mac’s Lost & Found in Malta prove that Bass is no longer a niche sound, but a scene which has a truly global following. Whilst his DJ sets take him across the world, closer to home, Jamie is a key figure in the North’s Bass events scene. As much a promoter as he is a DJ, Jamie is one of the team of masterminds behind South Yorkshire’s biggest festivals – FearFest, SpringFest, SummerFest, Parked Out and BassFest (Sheffield). These events sell out with up to 7,000 party-goers every time, and draw the attention of MK, Hannah Wants, Eats Everything, Patrick Topping, DJ EZ, Tchami, Duke Dumont, Chase & Status, Gorgon City, Tinie Tempah and many more of the most established acts in the business. Jamie, along with his business partner Corrupt, set up a Northern clubbing phenomenon with Wired Events and as well their festival events, they also play a major part in the most talked about aspect of nightlife in Sheffield today with TANK. At sell-out shows every Friday and Saturday, Jamie plays the host to the likes of MK, Solardo, DJ EZ, Tom Zanetti, Tchami, Flava D, DJ Q, Preditah, SASASAS, Hannah Wants, Jauz, Skepsis, Darkzy and many more on a weekly basis. Keep your eye on Jamie Duggan: 2018 is once again the year of the Bassline.