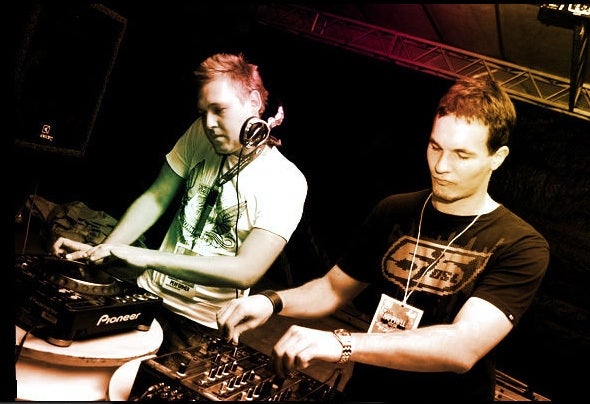 Eastbound is an upcoming Dj/Producer duo from Belgrade, Serbia consisting of Branimir Rakic (Branah) and Nikita Abrashkin.Their musical interests go way back to the early nineties with the peak of progressive and melodic trance in Europe. Since then they've both been working on developing their style - Nikita starts DJing with the age of 15, while Branimir gets busy with exploring the world of producing software under his solo aliases Branah and Peaceguard. The two of them have met in 2007 and soon started working as a duo, promoting trance and progressive touring through Serbia and Montenegro.From 2008 they've hosted their 2 hour radioshow Pulseone Sessions for the Serbian website Pulseone.org on Pure.FM radio, with quality guests from home and abroad - with both stars like Markus Schulz, Rank 1, Way out West, Santiago Nino, Martin Roth, Kintar & Rex, Joni Ljungqvist, Moshic, Menno De Jong, Gramophonedzie as well as upcoming names like Storyteller, Ben Brown, Fluctor and various local Serbian artists. They had the pleasure to spin alongside Marshall Jefferson, Storyteller, Vintage & Morelli, Mustafa, Danny Way, John Deere, SevdahBaby, DJ Alexandar, Marko Nikolic and other talented artists.