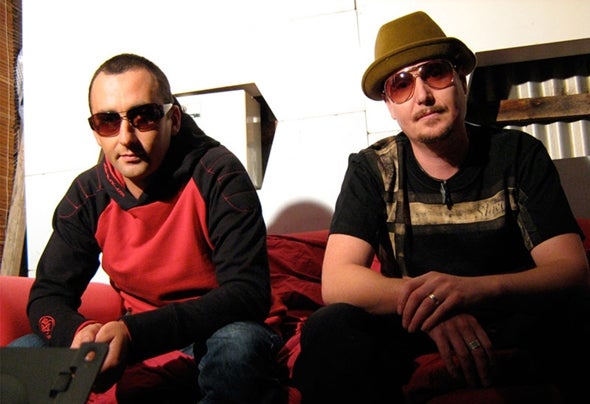 Deep Fried Dub are an electronic duo that came about from the joining of forces of B Hartless (aka Ben Hartley) and Dr. Benway (aka Ben Dudding).T hey originally met in Auckland in 1996, where they formed the electronic dance group Redivider. T heir involvement in integral events such as 'The Gathering' helped shape the early dance music scene in New Zealand and gained them a cult following, with their track 'isorhythmic', taken from the 'AK '97' compilation, receiving extensive radio play on local alternative stations.T hey both moved to Melbourne in 2000, where they formed the production studio Polygon Labs along with fellow producer FREq. Initially working on solo projects under the pseudonyms B Hartless and Dr. Benway, the two started collaborating again in 2003 with a new dubwise direction.This resulted in their debut album, the eponymous Deep Fried Dub, coming out in 2007. Several tracks from this album were picked up by Iboga Records for a digital release, Saturated, which came out in 2010.In 2013 they released Refried, a collection of their remixes of Pitch Black, Banco De Gaia, Lotus, Mista Savona and The Red Eyes, and a brand new album Slow Cooked.