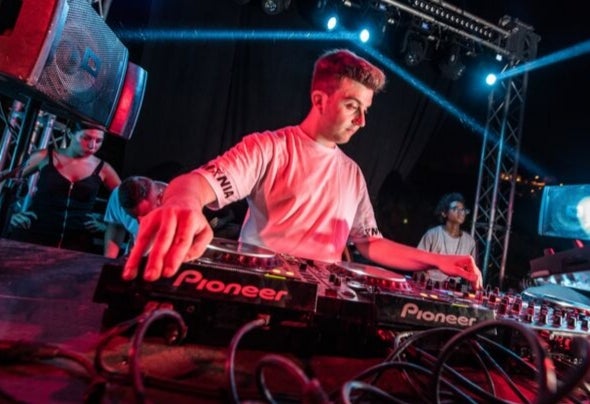 Alessandro Lega is a very known DJ and Producer from Sicily, Itay. Alessandro was born in the Sicilian capital, Palermo, on September 11th. He cultivates his musical experiences from the tender age of 11, following the most coveted parties on the island. At just 16 years of age, despite his young age, between a record and another followed by various friends, a continuous growth of collaborations and exhibitions with the various local groups began. In 2016 he joined the "Frutto Proibito Disco" staff (of which he is now a member) as DJ Resident. Extremely ambitious and determined, he is able to exhibit his sets in ever more ambitious parties, striking a wider audience, gaining the trust of many organizers and promoters. In 2018 he performed in one of the most important festivals in Sicily, the "One Day Music" of Catania. His love for music does not allow him to stop, but to continually evolve. In the same year he began his academic studies related to music production at the MAT Music Academy in Rome, receiving important support from teachers and international djs.In 2019 he release is rst solo single "Back At It" on Leandro Da Silva's label "Black Lizard" receiving supports and feedbacks from international DJs like: Sam Divine, Oliver Heldens, Leandro Da Silva and many more.