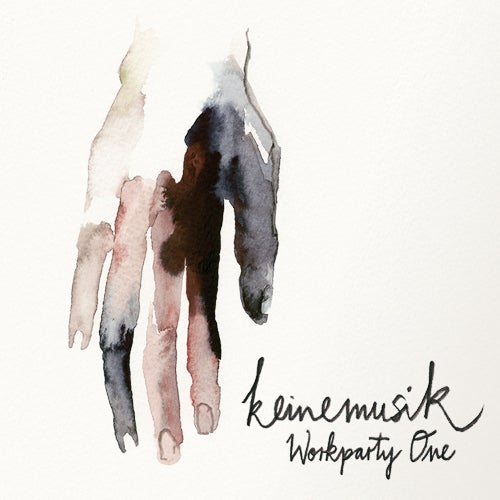 There are three reasons to celebrate. First: This is Keinemusik #5 the first little jubilee in their string of releases. Second: When this release hits the street, Keinemusik will be one year old again, a little jubilee. Third: will become more clear, when this disc is spinning in a club.This fifth release on Keinemusik is labelled Workparty for a reason. Without some bead of sweat when stamping the record sleeves, when rushing over to supply several record stores, when taking care of updating the blog or when organizing parties, Keinemusik wouldnt be where it is today a label with a steady output that found its place in the Berlin Technoscene. Workparty One is a joint venture of all Keinemusik-producers. According to the occasion, it will be released as a special package inclunding a T-Shirt und a tote bag, along the regular run. And that, of course, could make a great present if theres someone else celebrating an anniversary.A1: Rampa FalkFalk starts out to be an unmistakable imperative for some hands-up-animation. The beatframe is about to push the floor to a tightness that lets you wonder, whether the sounds of rapture are coming from a crowd rubbing each other up or actually from the tune. To make that clear: Uuh and Yeah are a couple of samples leading the way to the most soulful break you heard in months. A break that will crumble down to explicit straightness and unfussy efficiency again. Definitely a big one.A2: David Mayer BallDavids first vinylrelease on Keinemusik is his most conclusive consolidation of everything, he set up with his previous works on the Nacktenordner EP. Its a blend of massively pumping grooves and engine room-acoustics with a smart kickdrumdesign and a dramatic composition that builds up on reduction but nevertheless is able to incorporate unexpected details. B1: &ME Youth&ME comes up with a track that might be seen as the advanced continuation of his world-, or lets say floorformula, that already caused quite a stir when he released F.I.R.. Youth elevates from a clever directed buildup, modulates vocalsamples to concrete hooklines, piles layers of deep sexappeal over another and reveals by means of an almost song-like fetish for structure this absolutely evident, yet subtly and sophisticatedly constructed peaktime-smasher. B2: Adam Port No PainAround the vocaltracks of a song by Leipzig based band Shandy Mandies, an aesthetic is being built that could be seen as an antithesis to the sound Adam Port became known for. No Pain doesnt find its deepness in the polyrhythmic patterns of Tribalhouse-standards, but in more remote interspaces, in which Port fleshes out the backbone of a slowly rising groovebastard to a compelling forerunner of New Wav-ish Shoegaze-Techno.