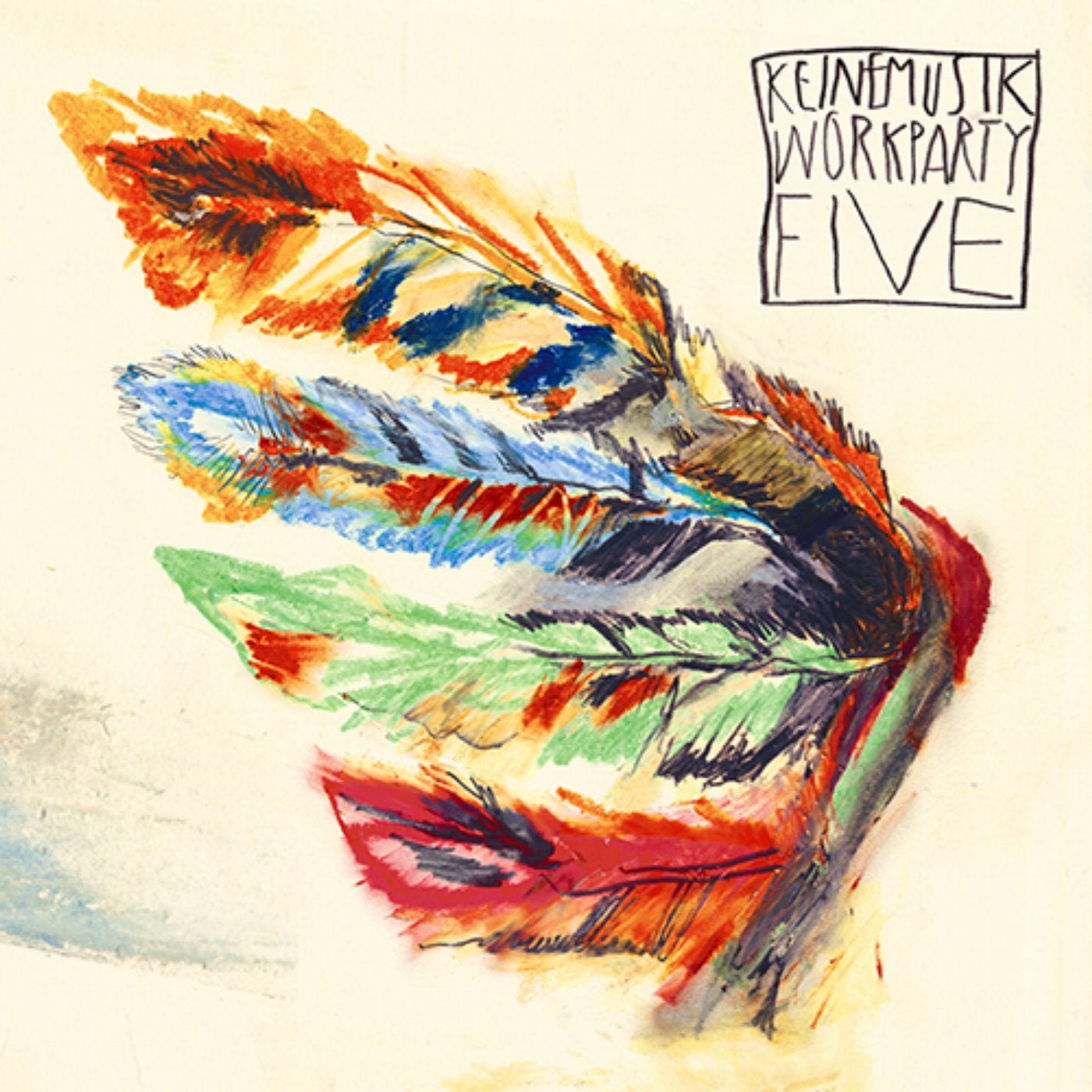 Five years of Keinemusik. Workparty Number Five. The twentyFIFTH KM release in total. Release subsequent to the FIVE labeltour. Before anybody could come to the conclusion, there might be higher powers or math pros involved in this, check out this information: on the release, as it has been with all the previous Workparty joint ventures of the Keinemusik collective, youll find four cuts. Contributors are again: Rampa, David Mayer, &ME and Adam Port. Leading us into the ring is Rampas Mod on A. A crossing of analogue and digital methods, recommending this piece as the unmistakable floor offensive within the batch. Realizing how percussive slaps and the central synth-motif are escalating in call and response, it seems obvious that Mod is not to be taken as the shortcut for moderate in this case.David Mayers Smoke on B is going for a dry and percussive approach itself, although executed in his typical signature sound intent on the details and all about the subtlety. Smoke is a genuine grower. Crackling and rolling in seductive coolness and puffing one or another ganja-cloudlet into the air.Yet more percussive spleens to be found on C, when &ME is unrolling his Birdland. Compared to the two predecessors, he is opening up to a pronounced songwriting architecture and almost tenderly implemented analogue elements like bass runs and piano chords, that are dramatizing this piece until it is consolidating to an impelling floor-affair.For the grand finale, Adam Port is getting the legendary Stereo MCs on his side. Just for Rob Birchs vocals, Place has to be seen as the most anthemic moment of this EP. But Ports sensitive instrumentation, all the deep sentiments within the beat and the effective sparing of the bigger gestures, are doing their bits to help shaping this one to be a foreseeable classic for the emotional peeks on a dancefloor.