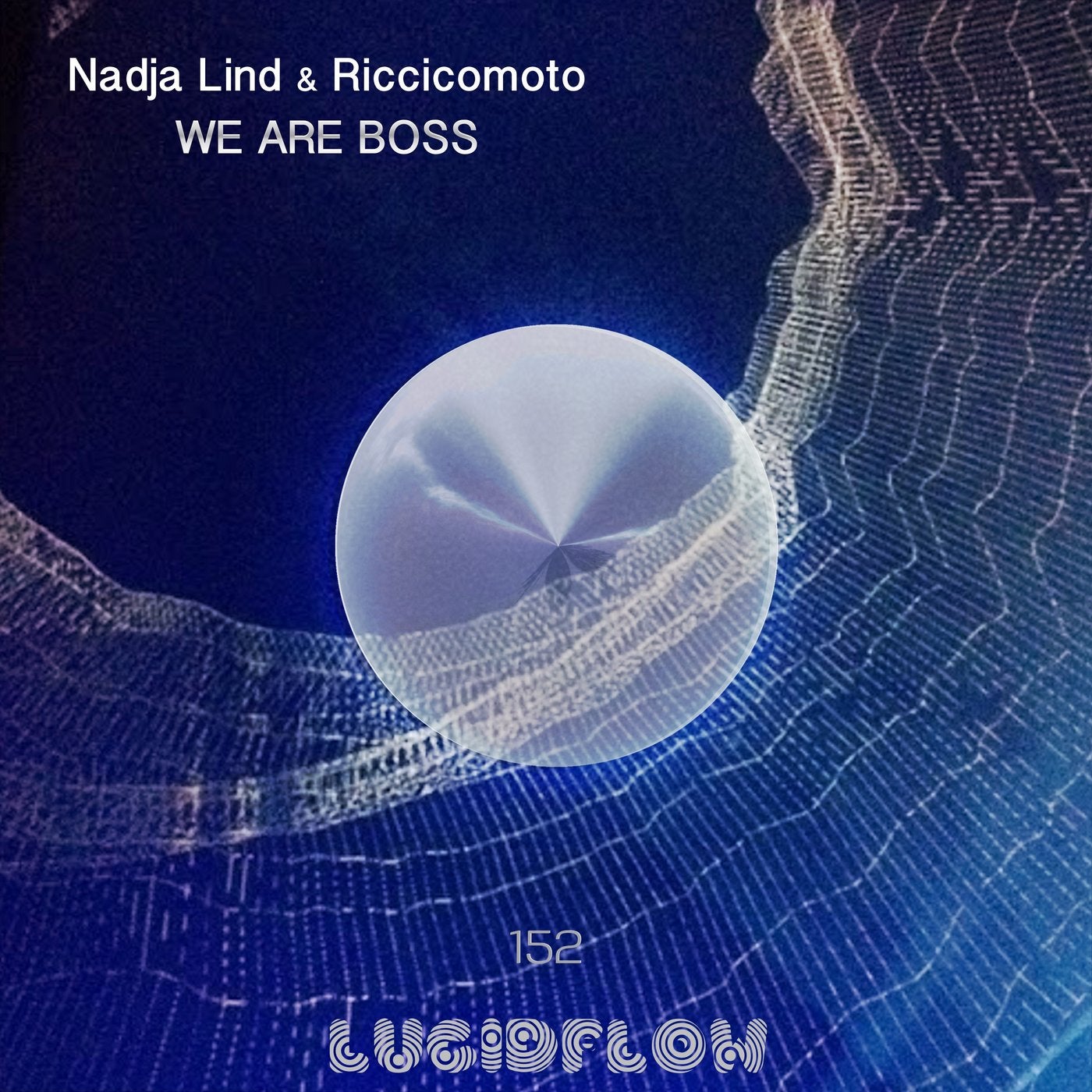 It feels like it was inevitable. After guesting on the label to great acclaim over the last few years, Enrico Regini teams up with label co-owner Nadja Lind for Lucidflow release #152 'We Are Boss'. A lavish package, the EP spreads out over five tracks of collaboration and complimentary alternate takes.What you will find fascinating is listening to the two distinctive styles at work. Take 'We Are Boss' for example. Enrico's "Dub Session" version carries his trademark orchestral soundtrack style, where classical instrumentation dominates the stage. Vocal snippets, piano, guitar licks, all bustle to the front, edging their way to prominence to the backbone dub undertones. Nadja's "East End Dub" take is more understated, snaking its way along in a fluid motion. Here, the supporting hypnotic flavours are allowed to dominate, wrapping around you in wisps of smoke.Flip over to 'We Are Slaves' and you'll find Nadja taking her time to build a driving groove that introduces looping layers of intensity on the "Touch Down Dub". It is nagging and insistent, with the brief breakdown being the one concession it allows you before tumbling onwards to its conclusion. In contrast, on the "Gesprengte Ketten Dub", Enrico retains the fidgety bassline but works Hans Zimmer-esque piano both forwards and in reverse. Both have their moments - taut tension versus rubberish flexibility.Finally, 'Dychotomie' finishes off the release in whimsical fashion, the "Riccicomoto Bipolar Session" easing along with whipcracking claps perforating the smooth undertones. It feels like an almost forgotten recollection of an end of night house track, a 4am resolution.