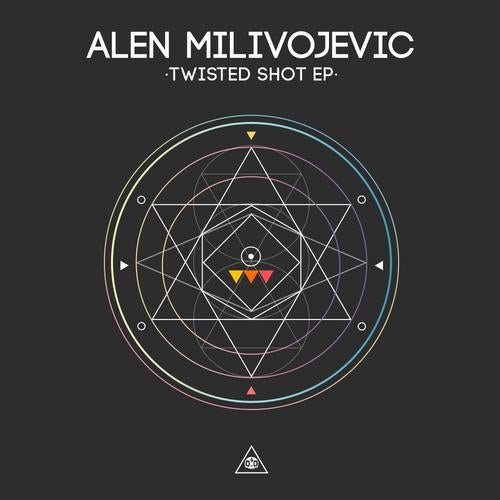 Too many tech house releases get tangled in the humdrum. They fail to stand out from the crowd. This is not one of them. Alen Milivojevic has created a contemporary record that favours wide-eyed progression over blind deference to the past, despite citing early Detroit techno as a major influence. Its more evidence of the pioneering ethos that has had in-vogue labels like Pornographic Recordings and 1605 hankering for Milivojevics back-catalogue. Its fair to say that Bosnia and Herzegovina born Alen Milivojevic took a somewhat unorthodox route into tech house. His musical journey actually began in a rock/metal band in which he sang and played guitar, thrashing covers of legendary outfits like Led Zeppelin, Metallica, Slayer and Deep Purple. Yet his love for those bluesy rock riffs was soon overshadowed by a rapidly blossoming romance with the techno movement that began exploding in Detroit during the late 80s.The rest, as they say, is history. Since swapping the guitar for tech house production Milivojevic has twice reached the top of digital music store charts Trackitdown and has garnered support from luminary DJs like Carl Cox, Umek and John Acquaviva. So much for Smoke On The Water. Or maybe not. Because Milivojevics sound is replete with the raucous spirit that is so definitive of the hard rock he once loved. The title track is a brooding, brutish opus peppered with immaculate percussive fills and fidgety synth lines; a thick slab of sonic chunkiness sculpted with deft finesse. B-side Moon Rider is stronger still, built on goliath bass synths that hit bone-rattling frequencies. The tension ratchets-up slowly; steadily, before Milivojevic uncases a dizzy synth melody that sounds like an ode to euphoria in some distant spectral dystopia. Harrowing? Sure. Menacing? You bet. But oh so enjoyable. And, most importantly, light-years from the humdrum.