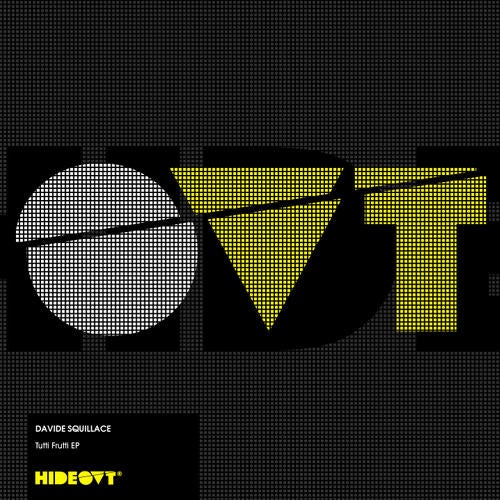 After two successful releases supported by Dubfire, Loco Dice, Adam Beyer, Audiofly, Danny Tenaglia, Tiefschwarz, Joris Voorn, DJulz, Rob Mello, Seth Troxler, Scuba, Anja Schneider, Guy Gerber, Sis, Deetron, Paco Osuna, Trevor Jackson.and for the first release of the decade, label owner Davide Squillace decided to return on his new imprint with three killer tracks.
Davide has been very busy in 2009 , launching his new label , touring the world but he always finds so time to spend in his studio either with his friend Luca Bacchetti or on his own.
Whether it be at Circoloco, where he has been a resident since 2007, Womb, Berghain, D.Edge, or any other marquee venue, Davide plays with an unequalled funk and excitement.
His music has been released on Ovum, Sci+Tec, Morris Audio, Resopal Schallware, Supernature, CMYK, Adagio, Viva, Nervous, Saved, Shake, Rillis , or his own labels Sketch, Minisketch, Vir, 500, Titbit and most recently the bold Hideout Records
This new release starts with Tutti Frutti, a subtile mixture of ingredients that give this track a very special flavour, with strong musical atmospheric tech house ibiza driving grooving funk percussions. Like a fruit salad, the music will refresh your senses and the tropical beats will make you jump out of the sofa and rip of your shirt.
On the flip side, Old Dusty Pictures, with hymnic elevating synth layer (without being trancy) and deep etheral atmospheres and melodies is the perfect soundtrack to sneak in your mum´s old pictures box and find the clichés of your cousin´s wedding (the ones you want to make disappear).
You can always use Crocodile Tears if you get cought by your folks, and play them that that bouncy techno tune with moving scattered percussions, hearthbreaking melody break, sax and horn horns that will make them dance around the house and forgive your little sins.