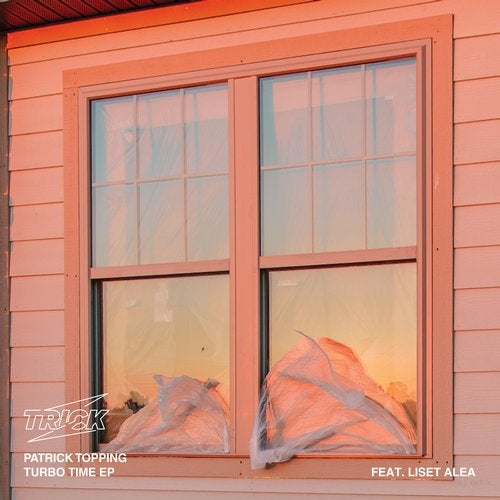 Newcastle-born DJ and producer Patrick Topping has unveiled accomplished new EP ‘Turbo Time EP’, out 9th August via his own TRICK label. The groove-laden three-track release represents a clear departure from the darker techno sound of TRICK’s maiden release ‘Watch What Ya Doing’ - further demonstrating Topping’s versatility as a producer. Kicking off proceedings, the EP’s title track is underpinned by an infectious vocal sample and the funkiest of beats. While over on the B-side, ‘Let Wa Gan’ is a darker, moodier number and ‘Galaxy’, featuring the scintillating vocals of Liset Alea, is a celestial melodic stomper. The collaboration with Liset came about after Topping heard her vocals on Alex Kid’s ‘Don’t Hide It’. The track quickly became a staple in his sets and he made the decision to reach out to the Cuban-born singer shortly after. TRICK was initially launched as a platform to exhibit Topping’s versatility as a producer, as well as a platform to showcase the wealth of emerging talent which he has been pushing in his DJ sets. Topping’s biggest release to date came with the 2017 Hot Creations smash ‘Be Sharp Say Nowt’, which continues to dominate dancefloors two years on while racking up 12 million Spotify streams. He has also picked up a wealth of dance music accolades over the years, including Music Radar’s ‘Best House Producer/DJ 2018’, the DJ Award for Best Tech House Artist on three occasions, the DJ Mag ‘Best of British’ award and reaching #11 in the 2016 Resident Advisor ‘Top 100’ list. In the midst of a typically hectic summer, Topping is fresh from performances at Kappa Futur Festival, Ultra Croatia, EDC Las Vegas and the Zurich Street Parade, with a Ushuaia headline slot also on the horizon. Elsewhere, he will play Paradise at DC-10, Elrow in Ibiza, Germany and Hungary, Boomtown Fair, Creamfields, Sonus and a slew of other high-profile gigs before the end of August. If this wasn’t enough, Topping is poised to launch a series of Trick events across the UK and Europe, as a means of further promoting the fledgling label. Running across five cities this October and November, the parties will be characterised by incredible bespoke production and exciting lineups featuring artists at the forefront of the house and techno world. One of the most recognisable faces from the British house and techno world, the ‘Turbo Time’ EP is further evidence of Patrick Topping’s versatile production talents.