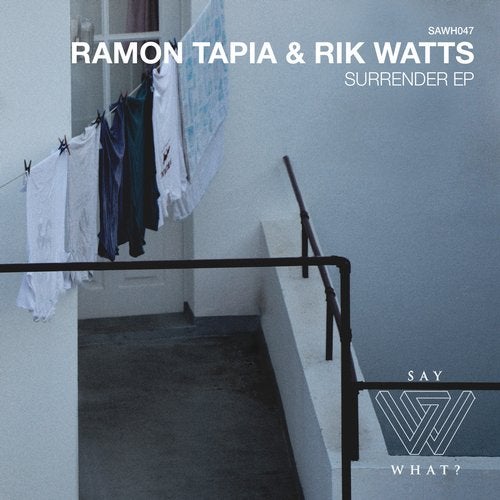 Belgium based Say What? Recordings is run by prolific producer Ramon Tapia, which he established back in 2012. It's back with a bang this year, with their next offering in 2017 with the 'Surrender' EP.

The second release on the label for 2017 comes from Ramon Tapia himself and Rik Watts. The duo saw their first release as a collab project earlier this year on Gem Records with their highly acclaimed 'Snuss' EP.

The original mix 'Surrender' has a thumping low end, with a strong kick drum and swinging percussion with a hint of funkiness. The echoing vocal stabs lighten up the tone, reminiscent of terrace tech house vibes at its best.

Ramon brings a solo production to the EP with 'Thrust'. With a clean kick and rumbling bassline, topped off with filtering synth lines throughout the track, this one is set to go off, day or night.

The remix on this EP comes from Birmingham based Kikdrm. Now solo, but originally known as one half of the duo TN.T - his first Say What? EP was released back in January this year. The UK producer, shows his style with a chilled day time groovier re-work of the original.