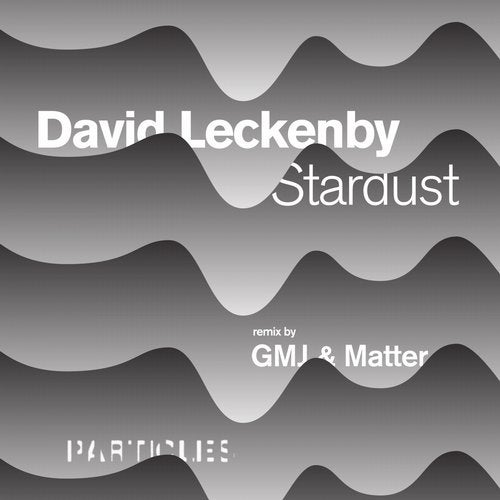 Consistent with the Particles modus operandi to welcome new and talented artists to the label, David Leckenby makes his debut with "Stardust". A single remix comes from a renowned Australian pairing.

David Leckenby sees music at the epicentre of his life. More than simply a job, music has therapeutic qualities for the Melbourne resident: "it's a way of making sense of life and developing as a person". A relative newcomer to the underground dance scene, a 6-month retreat in Kathmandu saw Leckenby stir up a creative storm before returning to his Australian home to continue his creative voyage. DJ performances in Europe and America have added to Leckenby's growing reputation and a production debut for Crosslink Music, in the shape of his "Soul Motion" debut, sparked a clutch of releases for the likes of Crop Circle, Consapevole and Nick Lewis' Emotional Content Recordings.

Now making his Particles debut, "Stardust" fills the sonic aether with richly textured pads and reverb-drenched keys. Arpeggios coruscate across the stereo spectrum and melodic flourishes create an air of melancholy enhanced by a sublime and warm bassline that carries the central melodic theme. A driving beat and ticking percussion ensures the track picks up pace again in the third movement to maximum effect.

Brightly glowing stars of the underground dance firmament, Gavin Griffin and Matty Doyle find themselves at the centre of the progressive universe with their GMJ and Matter monikers. Successful in their own rights with over 600 combined production credits, their work together has seen the duo feature heavily on a raft of high-profile imprints including Anjunadeep, Perfecto Black and Open Records. Regular contributors to Proton Music, May 2016's "Superposition" laid the foundations for a pair of further decorated EPs to follow, with June 2017's "Osmosis" and August 2018's "Interscope" illustrating the Australian pair's production prowess. A series of remixes for the likes of Andre Sobota, Huminal and Juan Deminicis have followed and it is an honour to welcome them to Particles for a collaborative debut, after a Matter remix of GMJ's "Intimation" in November 2016.

Taking on "Stardust", the GMJ and Matter remix bristles with trademark dynamism as a typically dramatic bassline and rolling rhythmic groove provide the foundation for intelligent use of Leckenby's central melodic tropes combined with a wealth of additional production material from the pair's vault. Full of dancefloor credentials, harmonically rich pads swim enticingly across the left-right spectrum as the core arpeggiated riff from the original makes its presence felt at the mid-point breakdown and into the third movement. The result is a work of sonic art.

A career in the ascendancy, David Leckenby sees GMJ and Matter sprinkle a layer of "Stardust" over a magical Particles debut.