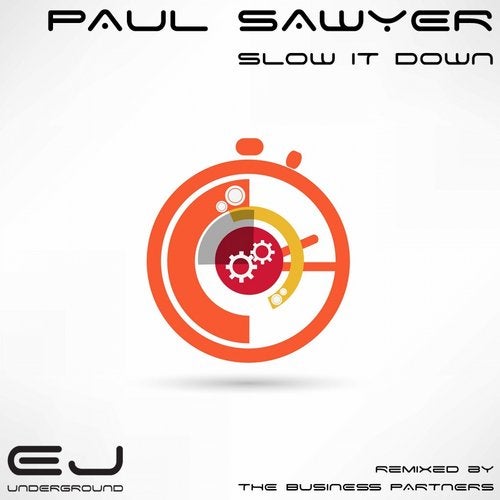 Power Promotions & EJ Underground Records are delighted to bring you The Business Partners Remix of the massive new single from Paul Sawyer with the infectious "Slow It Down". The Original mix was a synth laiden deep-house affair with a luscious female vocal, perfect for the warm up sets or even late at night. Complimenting the original release was the K-Klass mix delivering a more up-tempo approach but still retaining the deepness of the Original making this a sure-fire late night anthem. Also featured was the Mr Black version which really cuts the vocals up to great effect whilst for the more garagey floors head straight for the OlivrX Remix. To round off the release, this latest remix from The Business Partners who are really making a name for themselves as producers and DJ's on the South Coast of the UK . All in all this is one essential package fro any house floor and pretty sure to be one of the first big deep-house records of 2014.

One half of Dynamic Influx and Electro Juice, and co-owner of EJ Underground Records, this is Paul Sawyer.
Pauls DJ career started out in 1992 working alonside the likes of The Prodigy, Carl Cox, Paul Oakenfold, John Digweed, Sasha, Dave Seaman, Danny Rampling, Seb Fountain, Judge Jules to name but a few.

His progressive sound regularly took him all over Europe and Ireland and including a monthly residency in Guernsey. Paul also enjoyed weekly visits to Ibiza playing various clubs from 1996 to 1998 and then again in 2005.

Paul has earned numerous mentions in the music press and Radio 1 and was cited in Mixmag as the DJ to look out for alongside Danny Howells and the mighty Chemical Brothers! DJ magazine listed Paul within the Top Ten Resident DJs in the UK and regularly appeared in DJ magazine with a Top Ten Chart.