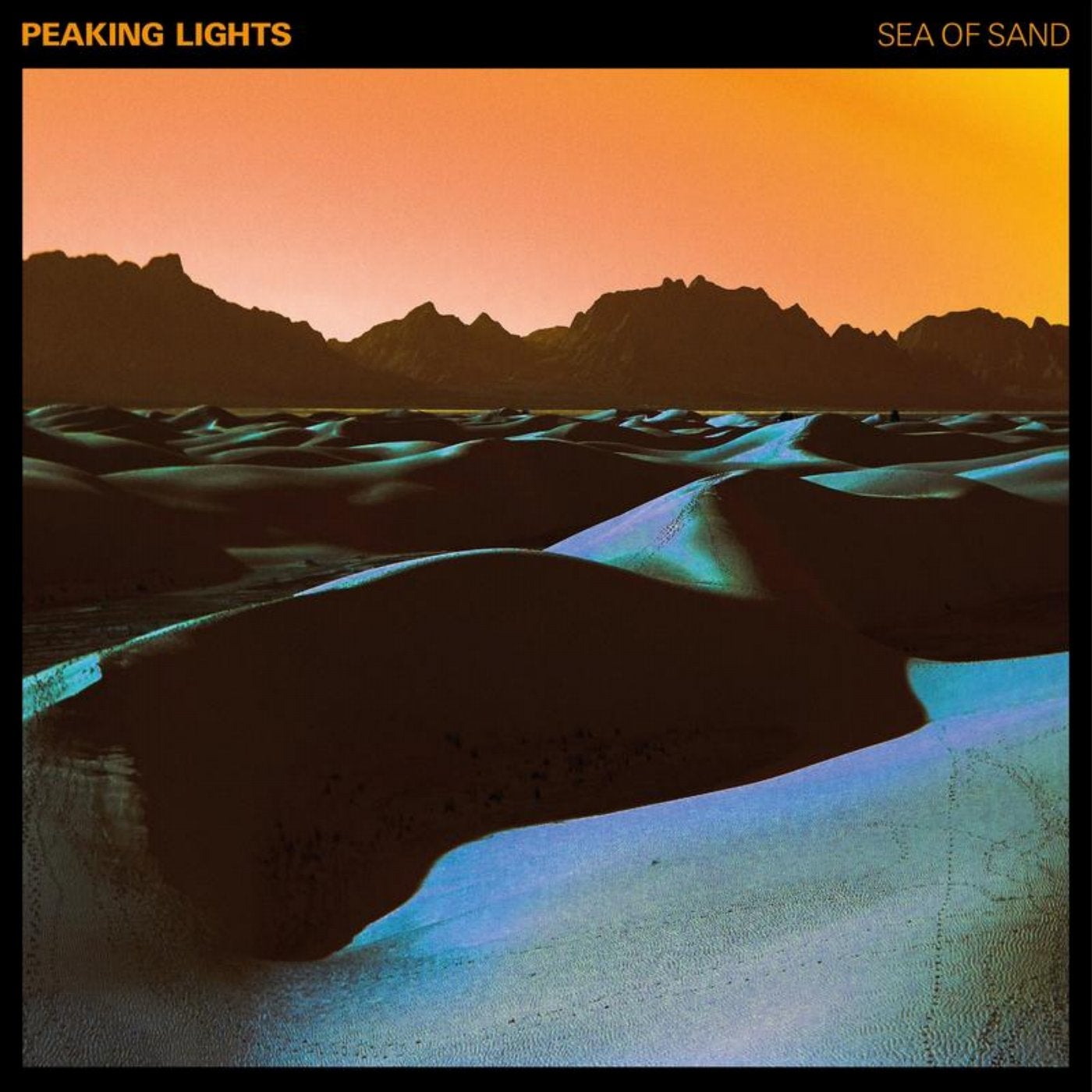 Californian electronic pop duo Peaking Lights make a splash on Dekmantel with 'Sea of Sand', the band's first release in 2018. It's a kaleidoscopic melting-pot of dainty dub, experimental and leftfield beats, with wondrous sunny soundscapes that blend together the unconventional home-fashioned electronics, and windswept vocals that have defined Peaking Lights to date. 'Sea of Sand' is the band's first record in three years not released on their own imprint. With six tracks, exceeding 30 minutes in total, the extended EP is a prelude to a forthcoming LP. With a DIY aesthetic and approach to analogue instrumentalism, Peaking Lights retro-digital sound is one that sits perfectly with Dekmantel.

Already with a string of highly acclaimed albums across their ten year production history, the husband and wife duo that is Aaron Coyes and Indra Dunis have carved out a niche of quirky electronic, and psychedelic pop sounds. 'Sea of Sand' once against sees the act once again teaming up with an international label, having released on some of the most integral and pioneering imprints in the scene. The band, who founded themselves on innovative technology, and a pragmatic approach to sound and composition recorded the EP together in their home studio, Dreamfuzz. The result, 'Sea of Sand' feels more like a mini-LP, with a diverse mix of experimental beats, and extended electronic, pop-dubs. As ever, Dunis focuses primarily on vocals, along with synths, piano, and live electronic drums, with Coyes on synths, drum programming, and dubbing on a mixing console. Recording the vocals live in the studio, the band worked a lot with tape, using tape scratching effects to the give the record an even more dubbier feel. The record kicks off with the quirky, upbeat pop track 'Blind Corner', followed by slower Italo-like 'Hypnotized'. There's a wavey-krautrock sound on 'Shift Your Mind'; a glowing romanticism on 'Read your mind'; and a celestial ambience embedded through 'Noise of Life. The record concludes with the sonically divine harmonic piano track 'Sea of Sand', perfectly setting the template for the EP.