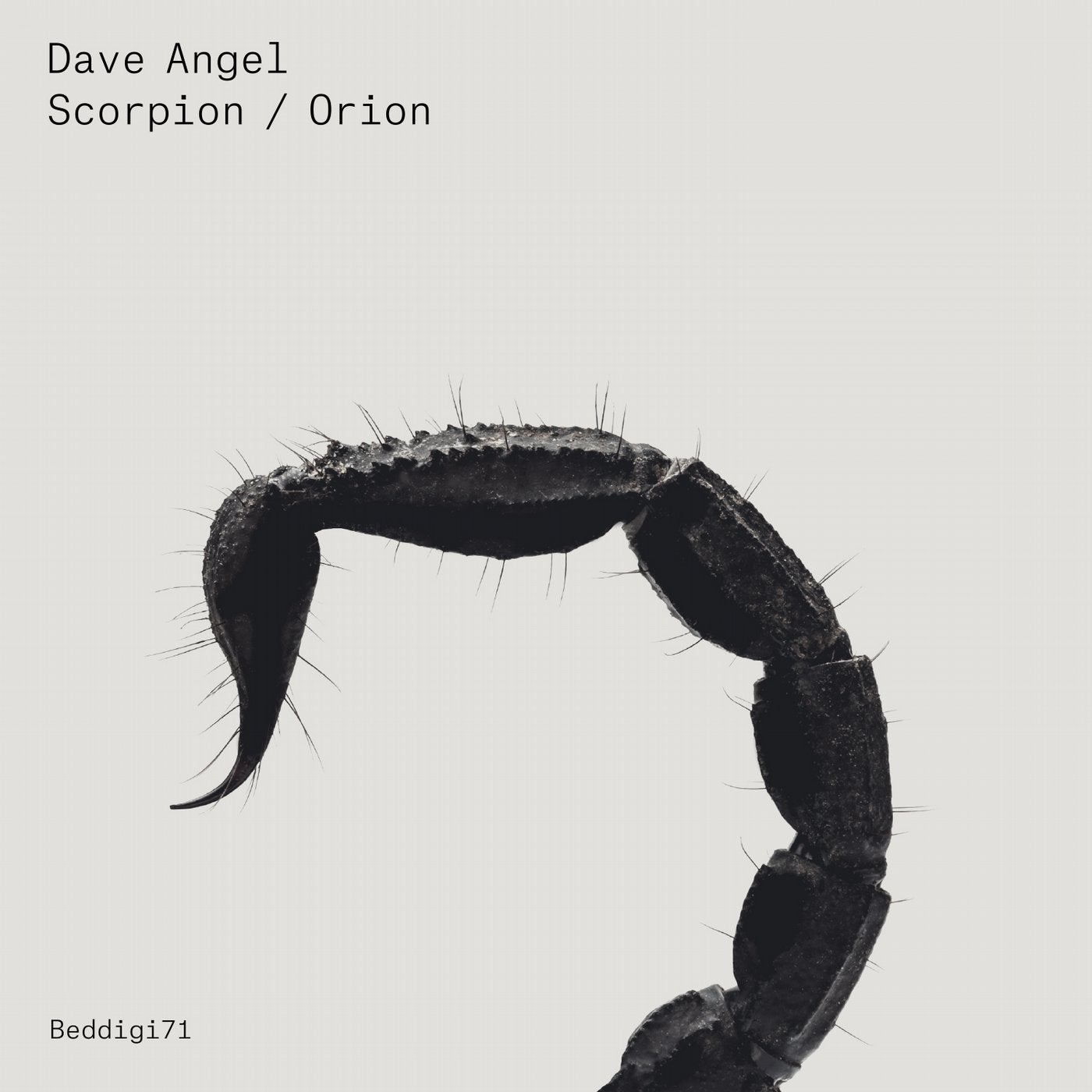 Referencing one of the great fights of Greek mythology, Dave Angels two new titanic Techno tracks for John Digweeds Bedrock duel for dominance, in what is undoubtedly a supreme return to the label from the Godfather of the UKs Techno scene. Set for release in the time whilst Scorpio is the current and reputedly the most powerful sign of the zodiac, it looks like the stars are aligned to perfection. Scorpion has already featured exclusively in Eats Everythings BBCR1 Essential Mix, recorded live at T In The Park, and is set to fly. Built around a sophisticated, multi-layered, hip-swinging groove, its ever-evolving, hypnotic, melodic bounce builds magically through a series of stunning breakdown crescendos into a totally mesmerising and unforgettable masterpiece. The subtly powerful Orion takes a deeper, but no less impressive melodic route to total groove engagement. Interspersing proceedings with teasing vocal snippets and subtle euphoric synth swells proves to be another a winning formula. Both tracks demonstrate exactly why Dave remains such a driving force today, having evolved and matured stylistically over the years, since his early heart-stopping techno outings more than 2 decades ago now. The son of a jazz musician, Dave Angels first musical instrument (appropriately) was a drum at age of eight, so its no surprise that he developed an ear for a good groove. Since entering the consciousness of the techno community in 1990, he has pretty much remained there ever since. Although hes London born and bred, he has been making records like he's from Detroit with a distinctive twist of funk and jazz for years. Dave Angel is one of the scenes true characters, giving off an aura of positivity like no other, a kind of warmth that you cannot fail to feel through his exceptional, uplifting music. You have two classic new examples here - enjoy!