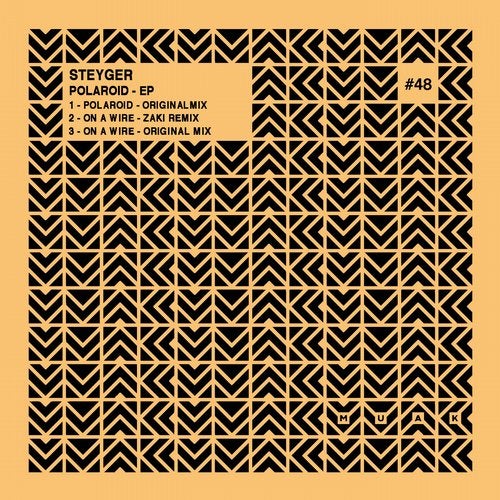 Dutchman Steyger aka Pieter Steijger delivers MUAKs next release, with a 3 track EP including an exclusive remix by label boss Zaki.

Steyger was born on Valentines Day, in the year house music took its first steps towards Europe, 1989. Since his first steps on this world as a toddler, Pieter has been breathing music. This young kid had his first osculation with the turntables at the age of 13, since then he developed himself and has been constantly working on innovating electronic music.

Steyger has a broad experience and created a unique sound: characterized as pure and quality deep house and techno. His character is described as a tranquil person, but when you put him on a stage or lock him in the studio, he really creates madness and ensures that the public gets a mind-blowing experience.

Steygar is definitely one to watch out for as we welcome him to the MUAK family.