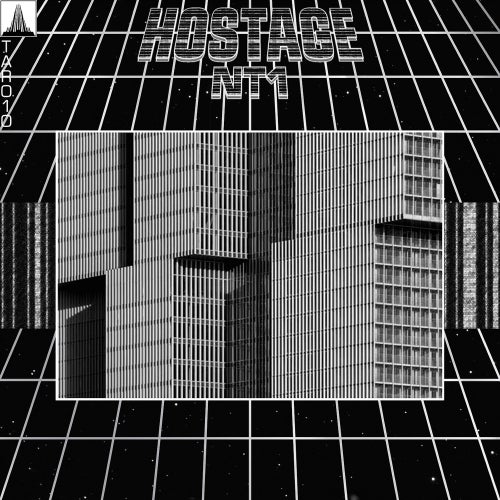 Back in 2012-2013, at the apex of jackin', ruffneck UK bassline house, a very distinct tune was making the rounds. It would start off somewhat typically – feelgood warehouse energy, rave paraphernalia, a smooth but firm crescendo... before cutting off abruptly into menacing laughter and abyssal hoovers, only to feint and drop into UK-funky-tinged house viscera anchored by, arguably, the most severe wobble bass since "Spongebob". I was one of few privy to this absolute belter, and even so only via a lo-fi rip which happened to disclose that it was a Hostage tune in the filename. I renamed the file "the mad one.mp3" and eagerly awaited a full, official release. It never came. And so, another legendary tune had slipped through the cracks and had been lost to the vicissitudes of the industry. That is, until I recently hit up Mr. Alan Parley, pka Hostage, and persuaded him not only to dig it up for me, but also do me the honor of releasing it with us on Tessier-Ashpool. It is then that I finally found out that this long-time staple of my 4/4 sets was named "NT1" – a contraction of "now this one". Fitting. For my OptimixTM, I opted to take the recessive rave traits the original's musical DNA and make them dominant. Breakbeat hardcore, armor- piercing metallic piano riffs, massive undulating reeses and yardie chants were the order of the day. Or, as Alan put it, "this is some hardcore rave excellence". 2ndSun, ever the over-achievers, when tasked to provide their own take on "NT1", provided two. Remix number one attempts to match the original, blow-for-blow, in urgency and intensity, and succeeds – a deranged, yet highly musical dembow techno march. Remix number two, on the other hand, acknowledges that the EP is getting dangerously fun-loving for a Tessier-Ashpool release, and asserts itself as the much-needed oppressive techno club tool to round out the package. Lightside AND darkside vibes from the 2ndSun boys par excellence!