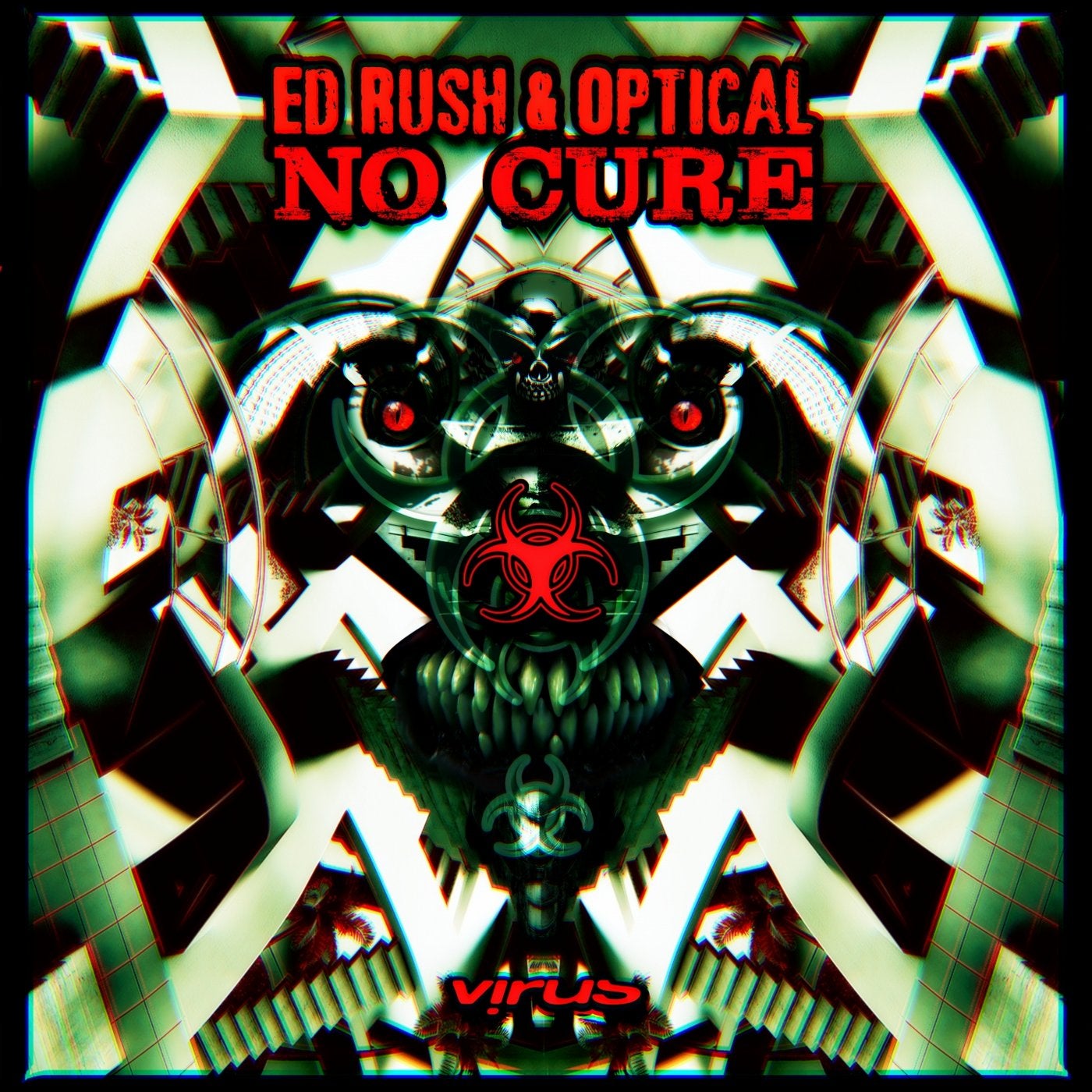 Over the years, drum & bass has seen literally thousands of record labels come and go. But amid the seemingly infinite imprints that have provided an outlet for the music, very few can claim to have had anywhere near the influence of the mighty Virus Recordings.
* Ed Rush & Optical, alongside fellow 'tech step' luminaries Matrix, Trace, RymeTyme and later Bad Company and Cause 4 Concern, layed down the Virus template on timeless tracks such as 'Gasmask', 'Watermelon' and 'Medicine', as well as LPs 'Wormhole' and 'Sleepwalk', and within just a couple of years had a seismic influence on the sound of Drum & Bass.
Ed Rush & Optical join forces once again to bring you their 7th LP release entitled 'No Cure'. Representing the next step in both their journeys, the album sets the stage for Virus Recordings for both this year and the future. With dynamism, funk and an overarching sense of groove, the record plays to the strengths of both producers, creating something which is more than the sum of its parts. Take a trip into the darkside, with the experience and talent of Ed Rush & Optical as your guides.

The album begins with tracks like the stalking, shimmering title cut, which features vocals from MC Rymetyme. The pace is picked up with choices such as Eternity and Falling Down Stairs, which show that Ed Rush & Optical, both with over 25 years in the game, are still repositories of new, fresh and invigorating ideas. Overall the LP explores themes from the beginning of the duo's careers brought into the sharp focus that modern music now has without ever losing the funk and flavour that Virus has become synonomous with.
No Cure is next level, and will be many people's choice for album of the year.