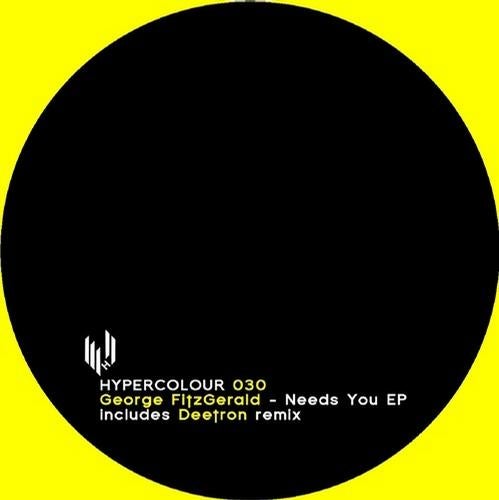 Next to be snapped up by the Hypercolour crew is long time Hot Flush associate and Aus Music alumni, George FitzGerald. Having emerged last year with an intricate, melodically meticulous and bass heavy sound, FitzGerald has continued to spread his wings and for this debut EP on Hypercolour delves deeper into a garage house fusion sound than ever before. 'Needs You' builds in progressive steps, the rounded, bouncy bass, the polished melodies and tight woven percussive patterns all coalesce into something that thumps hard yet retains an air of breezy cool thanks to the male voice that lurks in the breakdowns. Next up is 'Every Inch', with its smeared harmonies swooping and swooning in every direction. Set against coarse claps which race through the centre of the track, subtle filtering allows the track's melodies to open wide and close tight before your very ears as a restrained garage skip undulates below. The b2 sees another debut, this time from legendary Swiss producer Deetron. His remix of 'Every Inch' is a heady, driving brew of crystalline melodic twinkles and rolling kicks that washes over you at the same time as a tormented and tortured bassline sweeps you up from below with a knowing acid fuzz never far away throughout.