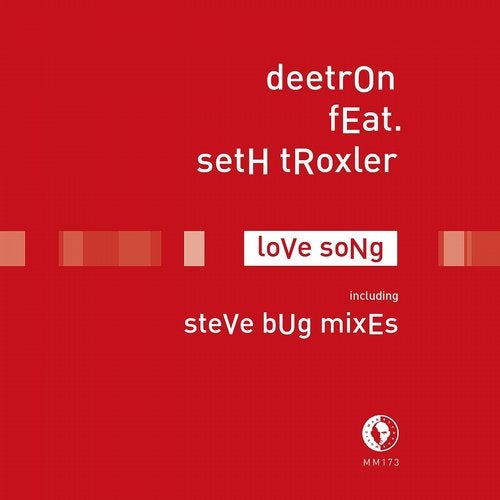 Asked to describe his music to a new listener one might falter. While it's true that there is a very specific sound at the core of his music, it is the fluid nature of Deetron's work that defines him as an artist. Yet there is one word that can be used to sum up this dynamic musical mind and the polymorphic sounds that he has mastered - Maverick. His second album "Music Over Matter", which was released on Music Man end of last year, finds Deetron in a unique, transitional phase. The vocal element of his music coming to the fore, with his 2nd album he proves that there is no substitute for substance and skill, putting music firmly back in the frame is the message, and how poignant to today's tumultuous industry. For the new single 'Love Song', Deetron calls on the vocal talents of oddball techno superstar Seth Troxler. Steve Bug brings his Traffic Signs alias back to life for the remix, and adds an instrumental version too. Without a doubt an irresistible package for any DJ.