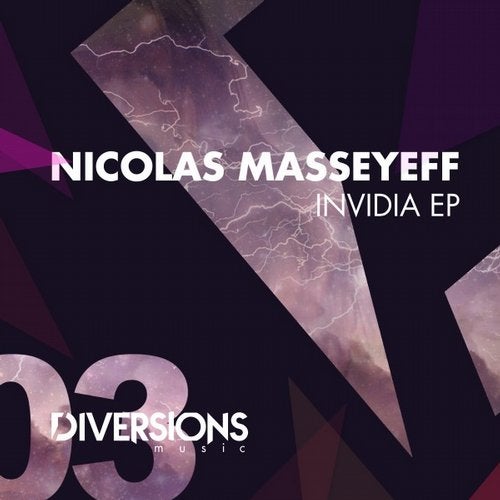 What a beautiful trip it's been so far… Nicolas Masseyeff and Oxia established Diversions last summer as a total freeform exploration of house music's broadest, purest and most authentic grooves. The debut EP featured both longstanding house masters, the following EP was all about Oxia, now it's time for Nicolas Masseyeff to take the lead with three more distinct, far-reaching moments of house magic.

'Invidia' rings the new year in for Diversions with slinky restraint. A slip-pery bassline here, a dubby synth there, star-gazing sonic ripples everywhere; Masseyeff balances introspection with sexiness, bringing them together in a deep cosmic weave that sucks you right in and re-fuses to let you go.

Next up: 'Unbalanced'. A true midnight marching order if ever we heard one; Masseyeff finely tweaks the harmonics on the broad low-end synth hook so it creates a constant sense of uplift throughout. As the kicks get beefier and the FX get trippier, it's a quintessential gear-changer.

The deal is sealed with the fittingly titled 'Oblecto'. Latin for 'to entertain', Nicolas stands by his word and rolls out a wickedly controlled groove that swings and grows persistency but with such subtlety you don't realise what's happening until you're in the thick of a beautiful, soul-stirring breakdown. Entertaining, captivating and inspiring… The beautiful trip continues.