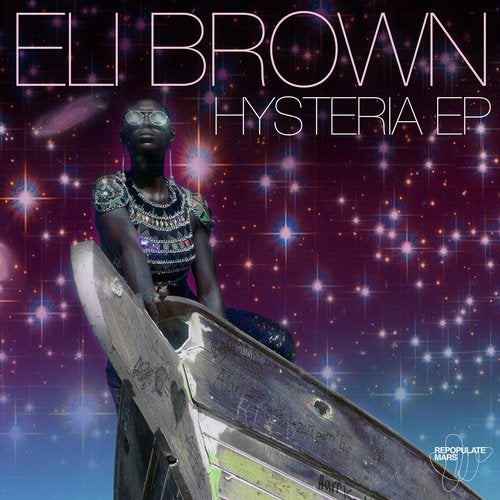 Bristol's Eli Brown makes his debut on Repopulate Mars with four energetic cuts in his 'Hysteria' EP this September.
With early releases on renowned labels such as Steve Lawler's VIVa and Skream's Of Unsound Mind, Eli Brown's arrival onto the scene has quickly cemented him a reputation as a rising talent. Having cut his teeth as a respected producer within the drum n bass world, Brown's no stranger to the studio and this is evident as he continues to turn heads with his inspired take on modern house music.
Nostalgic synth leads, robust drums and a rumbling low-end, 'Hysteria' has been designed with the peak- time in mind. 'Burning' then generates a bouncy aesthetic with its crunchy percussion and stuttering bassline before moving into the high-octane 'It's All About', which employs a looped vocal, infectious snare rolls and an acid line that slices through the track. Finally, Eli Brown maintains the release's powerful momentum with another turbulent production titled 'Play The Game' to conclude the release.