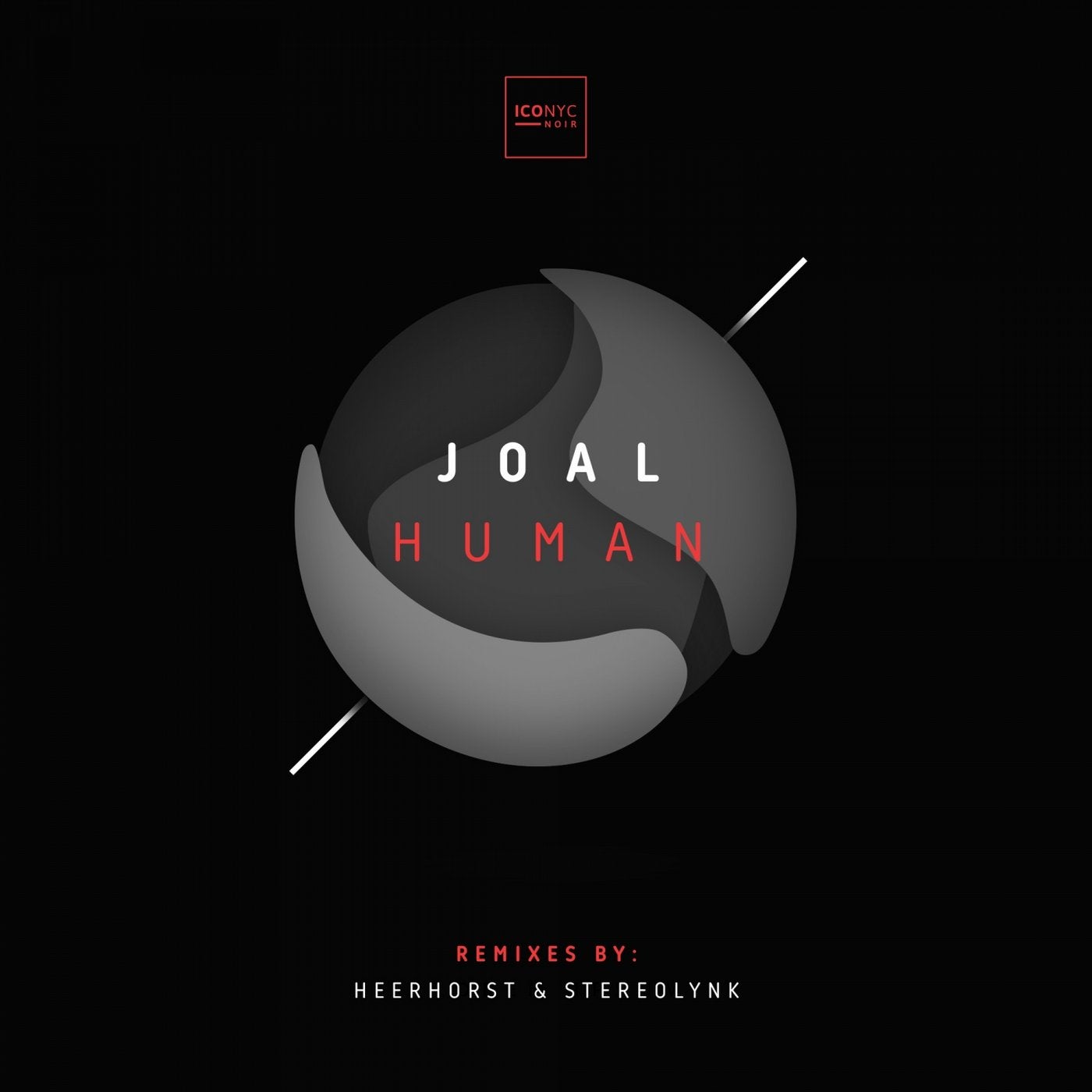 'Human' is the brand-new throbbing club burner from 'Joal. Whether it's the deep groove or the intense vibe of 'Human', there can be no denying that Joal is on a roll. His distinctive style and attention to detail mark him out, as having unique imaginative talent. For the full-length release, we are treated to stunning reworks from sound kings and beat maestros Heerhorst and Alex Nemec's new project Stereolynk.

We kick things off with original track, which brings a consolidation of weathered bass tones, subtle drum programming and cleverly chopped vocal samples and intricately weaved chord progressions, building to a beautiful breakdown before gradually rebuilding the elements to an unrelenting crescendo of insistent drums, chord stabs and an ever-warped bassline to close out this massive production. Cool stuff!

On remix duty we see the reappearance of German Soundmeister Heerhorst on ICONYC Noir. His recently released 'Testosterone EP' on ICONYC Noir saw an array of support for the talented German producer. On his return he delivers a blissful sound journey, oozing of coolness, accentuated by warm grooves that feel like a silky blanket of sonic spheres, which wrap you into an alluring soundscape without losing the energy of the original. This excellent rework firmly proves Heerhorst's superb production chops and diverse musical tapestry. Absolute massive remix that should not be missed!

The second remix comes from Mirabillis head honcho Alex Nemec's new project, aptly names 'Stereolynk'. Alex's recent original releases have been doing the business on the dance floors of the world. For his remix he teamed up with fellow Slovenian Nenad Putnik to bring us their new alter ego Stereolynk. Their remix flows with ease from the instant it starts, encapsulating a wealth of cool beats which are present throughout, as well as driving sounds that are met with a big low end creating a timeless bubbler that will make you move. Stereolynk have taken the essence of the original and wrapped it in a blanket of progressive grooves to cause havoc with your senses.

All the ingredients are there for another instant ICONYC Noir classic. Joal's 'Human' sees a worldwide release on April 22nd, 2019! Don't miss out on this marvelous release.