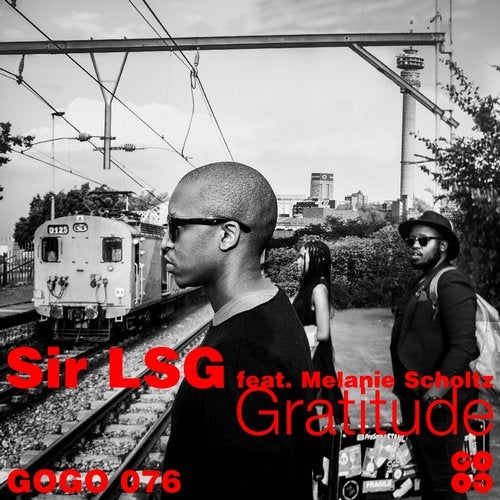 Sir LSG comes with more heat taken from his sophomore album 'Moving Circles'. There's simply so many well-written songs on this album that we could not resist to present another single taken from it. "Gratitude" is featuring Jazz singer Melanie Scholtz on vocals and comes with a remix by MAQman, who is definitely on a roll this year, too.
Since Sir LSG ventured into music in 2006, he left a distinct footprint in the House Music scene and had releases on various top labels like Tribe, Peng, We Go Deep and of course GOGO Music, where he successfully released "Sax In The City" and "All I Am", before his album "Moving Circles" dropped in 2017. The long-player finally fully established him amongst the most credible House Music producers. It received global accolades and the singles taken from it so far were remixed by industry stars Josh Milan, Osunlade, Ralf GUM and Kai Alce. Now his sweet collaboration with Melanie Scholtz follows suit with a rework by Vietnam's soulful don MAQman.
Melanie Scholtz is a South African born, award winning jazz singer and composer, who has released 5 albums under her own name thus far. Playing piano since the age of 5, she went on to study classical singing at the Eoan Group before completing an Opera Diploma Cum Laude at the University of Cape Town. In 2012 Melanie won all three prizes in the prestigious Jazz Revelations competition in Nice, France. It has been said about Melanie Scholtz's music that it is like a 'best friend' and listeners are always inspired by her musical honesty. "Gratitude" together with Sir LSG is a prime example of that and will not leave you once you're hooked.

Remixes are contributed by MAQman who is on a roll in 2018. Just after we released his fabulous "The 2018 Remixes" EP, which charted in various countries on iTunes and reached Top 10 on Traxsource over all genres, MAQman comes up with a mix that has all the ingredients of a classic and which surely speaks to the soul.

GOGO Music is happy to present "Gratitude", another title in Sir LSG discography which cements his reputation as one of the finest Vocal House producers.