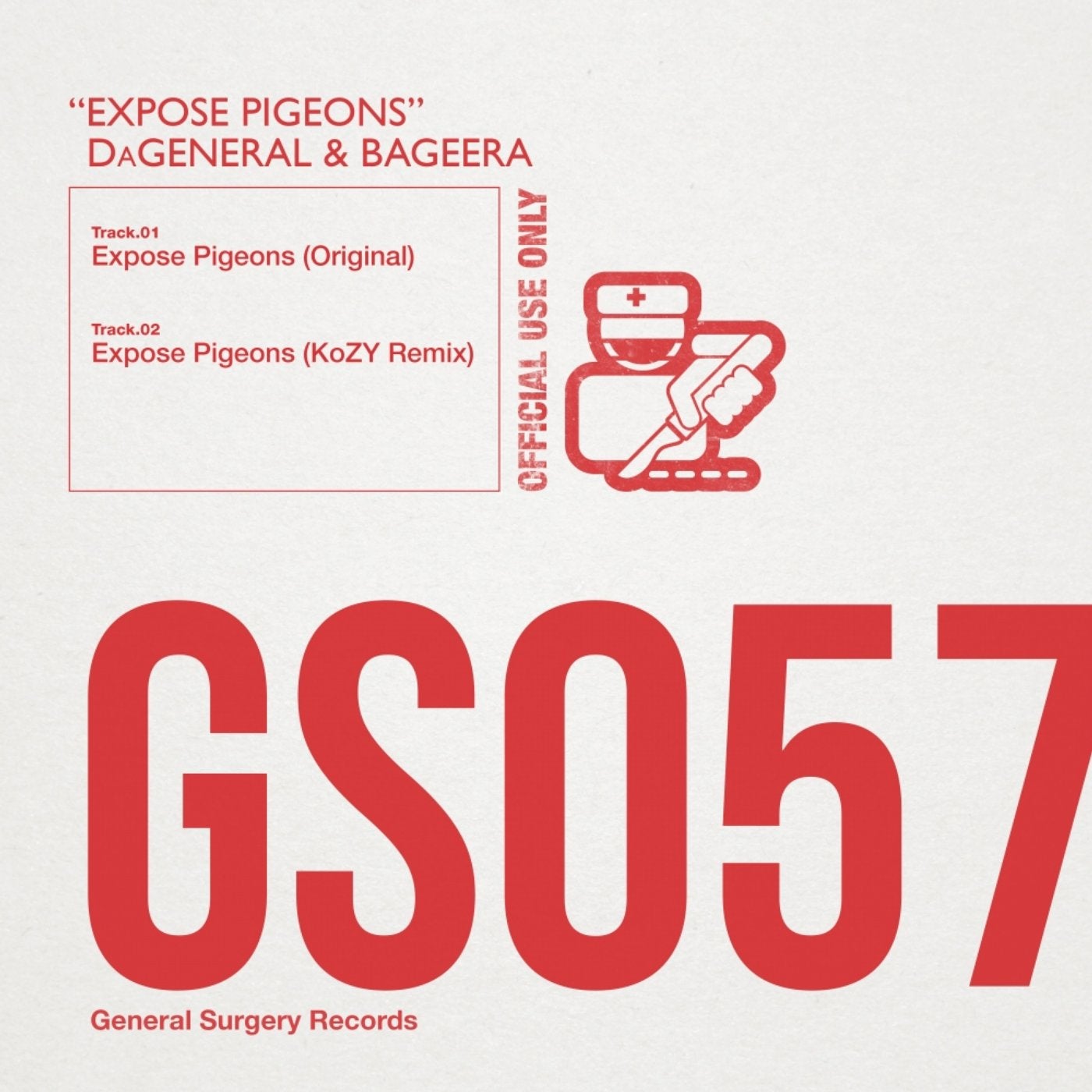 DaGeneral & Bageera are back with another electric General Surgery release, "Expose Pigeons". The multi-techno-genre producers have made some excellent releases on a variety of labels, such as Sel-Lek-Music, Unaffected Records, NYLO, Alchemy, Yin Yang, Phobiq, and have charted multiple times on Beatport.

On remix duty, we have KoZY, who is also no stranger to GS. He's been manufacturing techno bangers on some other imprints over the last year, such as Layer909, Alchemy, Twisted Techno, and Black Kat.