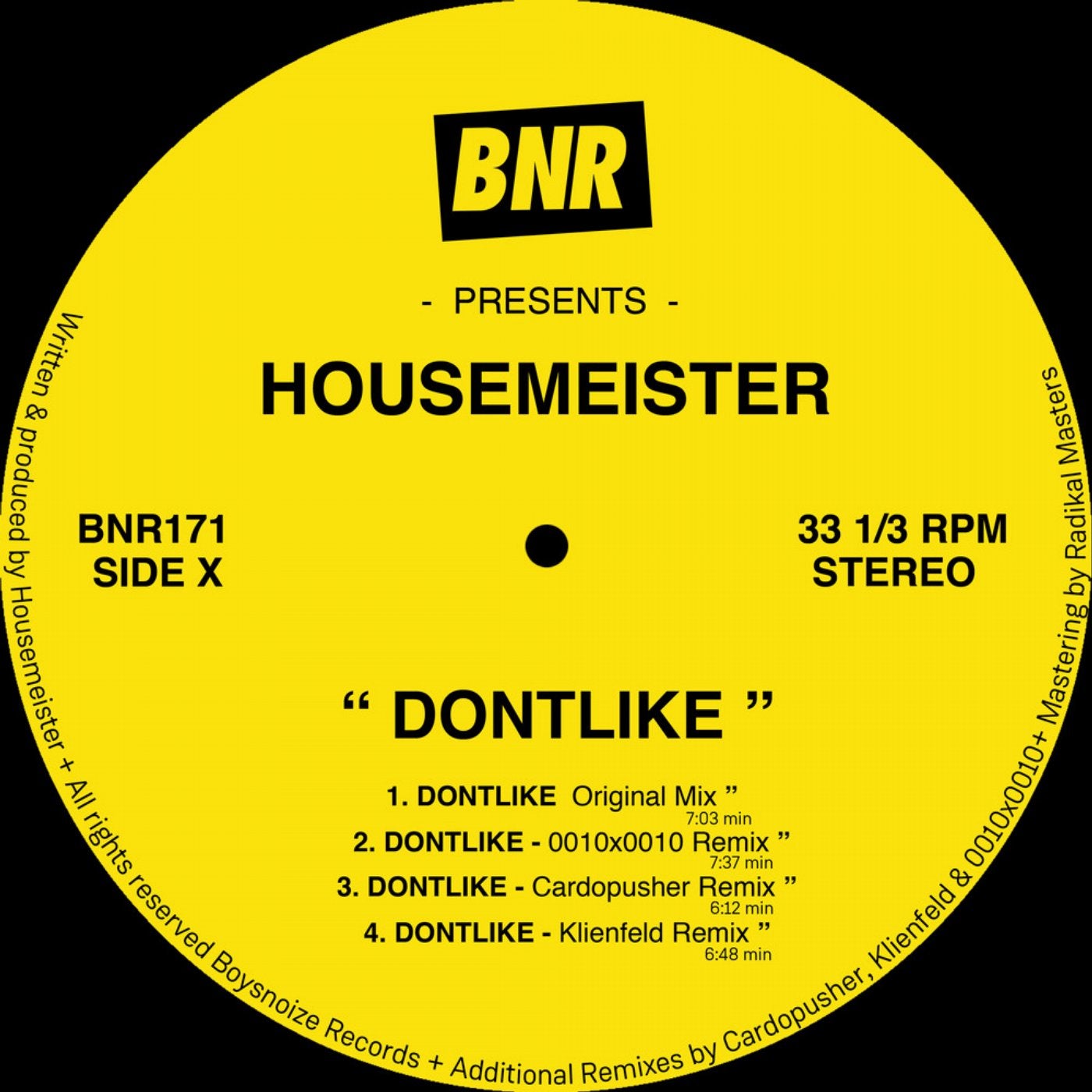 Theres a kick- it's big, it hits your chest, it almost makes you sneeze because the bass has that one special frequency that's resonant with your nose and it makes it tickle.  The kick is distorted- it's not clipping, its not a bad distorted, but it's hot, that hot that sounds like what "electrified air" must sound like.  There's a groove- the snares hit in unexpected places, but make a perfect pattern.  You glance across the room, maybe to your partner, maybe to no one at all, but you two step and nod with that universal nod people do in the club that says "OK, now we're getting deep."  There's a vocal sample- commanding, strong, maybe the guy who built Jack's house, only he's saying "You don't like this house."  But no, you really do like this house.  Your body is telling you so.
Kick, snare, hi hat, some crushed hits, a voice.  "DONTLIKE" is a work of alchemy by Housemeister, a hard, restrained, and maximally minimal single released 11 years after his first for Boysnoize Records.  Housemeister combines a few elements to make gold, and hopefully our description above says the rest.  Labelmates Cardopusher and Klienfeld give an acid and techno rework respectively, with Housemeister's finely tuned craftsmanship still working it's magic, and the 0010x0010 dark mix fast forwards the clock from 3am to 7am with no sleep in sight.   There's something distinctly Berlin feeling about this release, which isn't a surprise coming from Housemeister.  But it does attest to another sort of alchemy at work from the producer- capturing the energy of the city's nightlife and distilling it down to a few essential elements.  Just watch out for that kick.