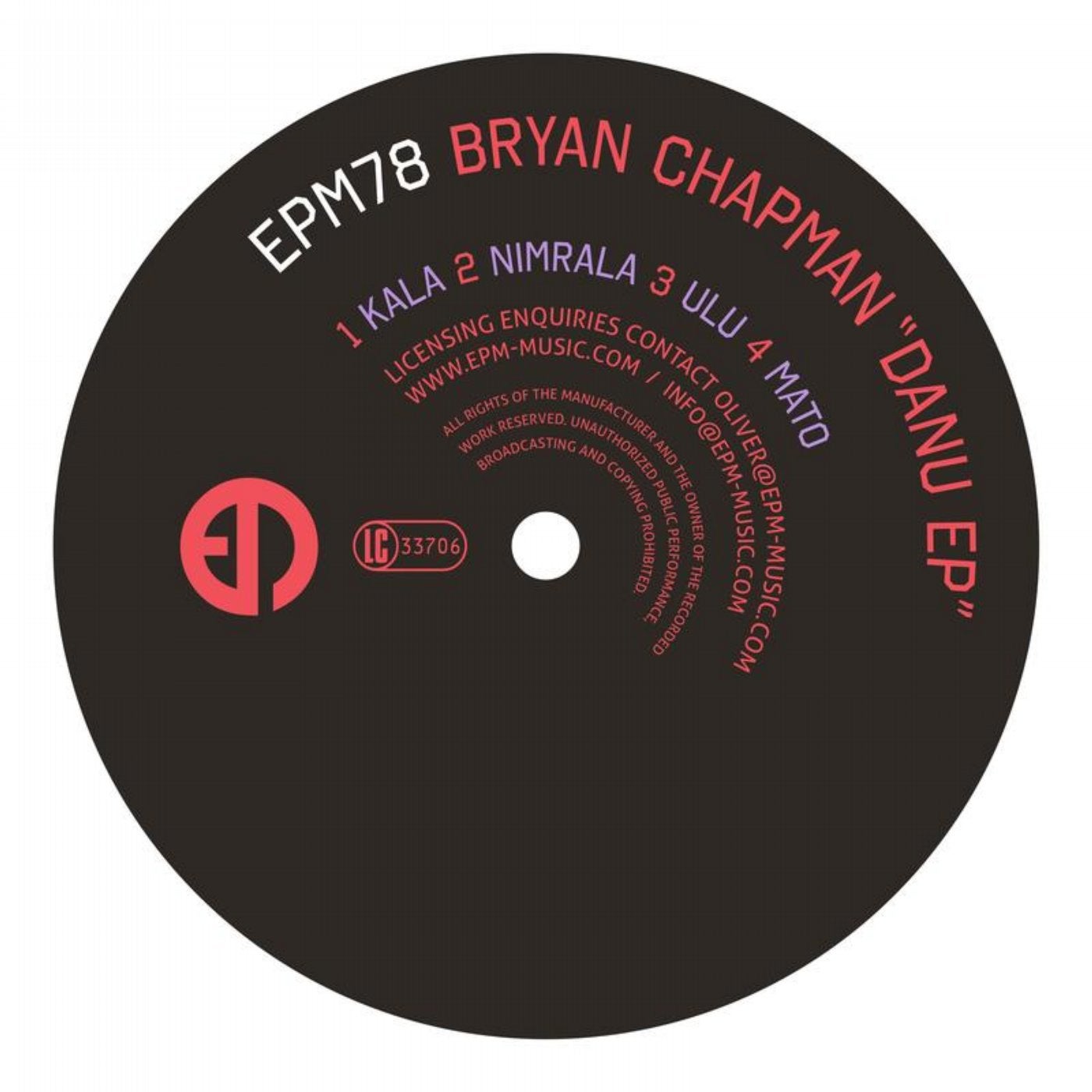 Bryan Chapman honed his production skills on labels like 8 Sided Dice, Enemy, Affin, H-Productions and Bouq before launching his own Monotony label in the spring of 2017, which has so far spawned a string of EPs from this Southern England producer as well as his first album 7 Shadows and Iron Lungs in 2018 (Mixmags Techno Album of The Month on release and a place in their Top 50 Albums of 2018). Bryan now makes his EPMmusic debut with a quartet of new compositions on Danu EP.

Not only is Chapman an avid producer and DJ, but also an abstract artist and photographer who brings these artistic tendencies into his music, whether its designing artwork for his Monotony label, developing a theme for his music works, or constructing a storyline for his releases and track titles.

Danu EP is no exception. The EP itself is named after a Hindu female deity of rivers and the tracks are representative of Bryans signature sound dark, stripped-down, deeply hypnotic, flowing techno. Kala is a Sanskrit word for a skilled craft or a performing art and the track is a delicately crafter opener. Nimrala which picks up the pace, is homage to the Sanskrit word Nirmala, meaning clean or pure. Ulu which brings a sense of urgency to its shadowy tones is named after a short-handled knife with a broad crescent-shaped blade traditionally used by Inuit women, while the more listless Mato is named after the Japanese for untouched land or woodland.

As Bryan further explains, "for the EP the aim was to take the meaning of Danu (river) and have all of the tracks flow and intertwine in a way that mimics the beauty, simplicity and raw unpredictability in a way only the power of a river can. All names purposelessly are just one word, to imagine all four racing down a powerful river alone and together at the same time, weaving, glancing and diving under the Danu.