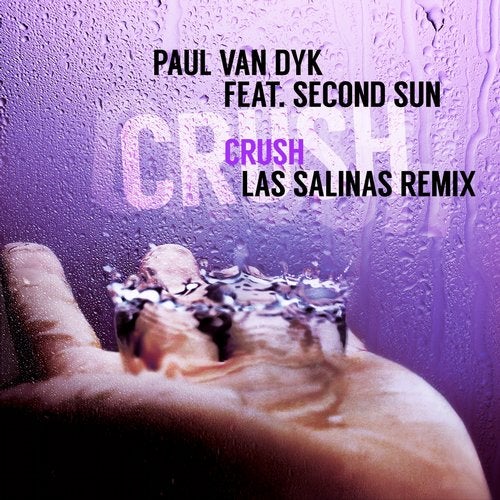 10 years since it first put a squeeze on club floors, Paul van Dyk s Crush is back. The much-treasured lead track from his GRAMMY award nominated Reflections album, since it original release, it s never had an official remix sanctioned. To commemorate a decade - close to the day - since its mainline release, Van Dyk has now made the rare move of endorsing a rework. / Having netted two club-floor slam-dunks (with Break The Spell and Say Another What) in the last few months alone, Las Salinas approached Paul with their idea of a ten candles commemoration of Crush.
Israel Bicher from the duo said: We always remembered this track as marking the start of Paul s deeper, more moody & atmospheric trance era. At the time it was a huge influence on us, and in many ways still is today. / When we asked him about the possibility of doing a Crush remix, we had something very clear in mind for it, Shaulli Harari from the group adds. A remix that would keep its element feel, but would also work effectively later in the night. We were delighted when he said gave us the OK to do it. / Las Salinas reimagining of Crush begins in prog-trance zones, with deep, thunderous and resonant tones. Backed by meaty, vibrant kicks and Antoine Toupin s still shiver inducing vocal call, Bircher & Harari engineer a master-class rollout of progressive tension. With its deep bongs, super-echoing panned FX and swimming pads, it finally relents to the tide of soaring strings, big ripped riffs and hard Crush chimes. / Happy Tenth Crush!