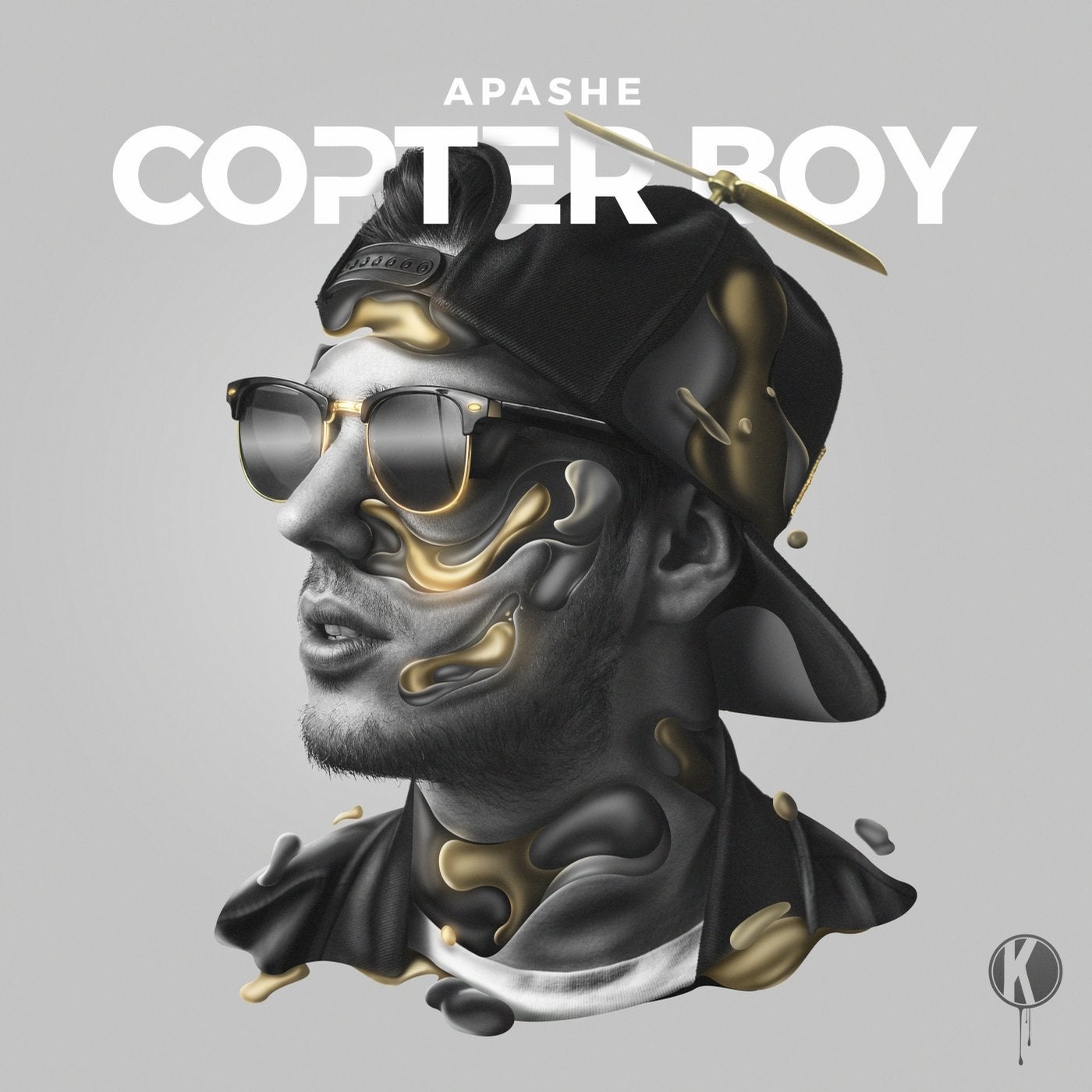 Get ready for lift off as Apashe rolls out his debut album Copter Boy. Within this arsenal one will encounter eleven singles, each of which is packed with enough explosive energy to blow the roof off any party. Copter Boy is presented to you by Apashe's home imprint, Kannibalen Records.

Copter Boy begins with "Fuck Boy," a devilish downtempo production that sets the tone for the rest of the album with its dynamic soundscapes. Next comes "Bad Queens," a sassy twerk single that takes dirty to a whole new level, while "Take Off" calls for all headbangers to gather round and do what they do best. Fourth on the tracklist is the Eastern influenced hit "Kung Fu" that shares creative input from label mates Dabin and Kai Wachi, then Apashe switches styles up, showing just what he can do in the house realm with "Day Dream." "Touch Down" keeps the energy level up with a high-octane electro sound, whereas "Shimmy Shake" brings a more anthemic trapstyle vibe that transforms from beginning to end. Apashe's highly successful collaboration with RIOT on "Fire Inside" gets a funky VIP treatment next, then the Belgian born creator gets straight up nasty in "Unsafe." With the final two singles, Apashe delivers a modern take on the original "Puttin' On The Ritz" and lastly, the project comes to a close with the hip-hop canticle that roars through its minimalist cloak.