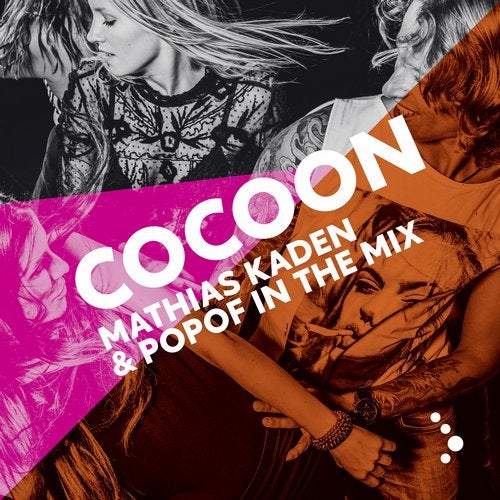 Cocoon Ibiza turns fifteen! Finally, it's summer and we can't wait to pack our bikinis and flip-flops again for our annual trip to the island. Summer, sun and sand, here we come. And like the years before we need good music for our trip, don't we? So here we go again with the right soundtrack for the journey of our life. Get ready for the next chapter of our Cocoon Ibiza Mix-CD-series. We are more than happy to present two very special artists again: Mathias Kaden & Popof. Two of the most wanted DJs at the moment with their mixes full of taste & energy and in our honest opintion: The perfect "sound of cocoon ibiza" for the year 2014 and the perfect match to celebrate our 15th cocoon landing on one of the mediterranean most beautiful spots!Master Kaden starts with "Heat" by Pablo Bolivar, one of the cooles tech-house-producers of the last months with one of his greatest hits. This defines the "house of Kaden" right from the start and that is exactly what we had in mind when we asked Mathias Kaden to do a mix for us. The "Freude Am Tanzen" DJ & producer follows this set-opening and continues his mix with tracks by percussion-master Felipe Valenzuela and Cadenza-head Luciano. The following tracks by Shonky, Detroit Swindle, Derrick Carter and Bulgarian retro-hero KiNK emphasize the solid house touch of Kadens mix. However there is more to come. With an elegant John Tejada piece Kaden shift gears slowly up to Carl Cox and a mind blowing Kenny Larking remix for Ben Klock. It's peaktime now and we start to get lost in sound. The final section of the mix features tracks by Honesty & Daniel Paul, Ripperton and a Kaden-remix for Daniel Stefanik and gets back to the deeper energetic vibe from the beginning of the mix. This selection is a statement that the merge of house and techno is not over yet and creates timeless results. A mix not only for the upcoming hot summer days (and nights). This one has potential to keep us warm even after summer has gone. A long lasting example of contemporary club sound.The right partner in crime for Mathias Kaden seemed Monsieur Popof for us. The french all-round DJ & producer was also featured together with Mathias Kaden on our Compilation "J" back in 2010 so it's not the first time the two appear together on one Cocoon release. Like Kaden Popof will also play several times this year at Cocoon Ibiza so we get a nice musical preview here what to expect on the floor then. Popof seems to follow the sound that Mathias Kaden features in his mix... it's house again that merges with techno-elements. And the included artists are the first line of producers out of this field. With DJ Phono, Alex Kid, Nikoloa Gala, Jay Shepheard and grandmaster Sneak Popof creates the perfect summervibe here. And this continues with the following tracks by Johnny D and Joeski. However the energy level rises more and more as Simon Garcia and Philip Bader are next in the mix. Popof handed a great mix with a great selection that is closing with a remix by Roman Flügel, one of the biggest Cocoon Recordings artist until today which makes a great ending. Two CDs breathing the vibe of summer however with big potential to be not just the sound of one summer. There is deepness, energy and musical taste as well as enough madness in here to stay for long. Kaden and Popof left two big footprints with these mixes and prooved that they are top of their league right now. Their visions of the "Sound Of Ibiza" should make many music lovers happy. Mission accomplished, cocoon ibiza in the year 2014: Summer can start NOW!