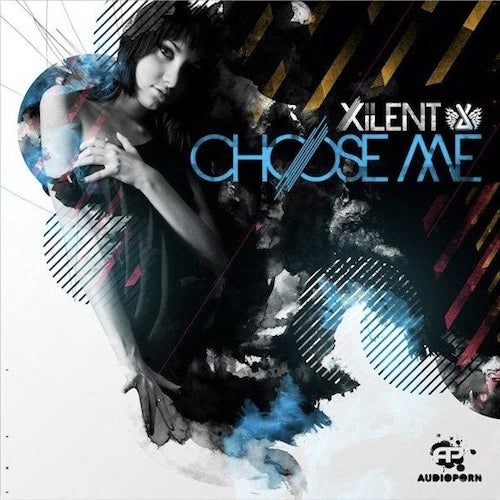 When your debut dubstep track has a clip posted on the UKF Dubstep youtube channel and it racks up over 500,000 plays in 2 weeks, people take notice. For Xilent, this was exactly how his track Choose Me II announced itself to the world.

Shortly after UKFs patronage (alongside Subfocus dropping a beta version in a much blogged guest mix), Zane Lowe started playing the track on his Radio 1 show and suddenly Xilent is making an almighty noise.All the hype around his skills at 140bpm should in no way overshadow his skills at other tempos.

The DnB juggernauts of Spectre and Multishapes have been tearing up the clubs in the hands of those lucky enough to have the dubs, with DJ Hype and Crissy Criss also both dropping Multishapes on their Kiss and 1Xtra radio shows. Choose Me II which completes the EP once again shows Xilents skills in any genre. The single most exciting thing about this EP is the future possibilities for Xilent. A star is quite possibly born.

Xilent is 21 years old, from Poland, but currently at university in Edinburgh. This is the first releases since Xilents recent exclusive joint signing to AudioPorn / Mainframe. AudioPorn is run by Shimon, member of Ram Trilogy (alongside Andy C and Ant Miles), and original member of the Ram Records crew. Austrian label Mainframe is run by DJ, producer and promoter DisasZt, and is the label that first brought Camo & Krooked to the worlds attention.

Choose Me II
A dubstep game changer. Choose Me II takes an ethereal vocal and layers over echoes of filtered French disco and euphoric trance washes, and underpins them with the warmth of the first sun at an all night rave. The rhythm track is impeccably produced, with a change before the breakdown to techier bass, cut backs and switches, which make this both a pure simplistic delight on first listen, while simultaneously being intricate to the very last beat. The sound of a new dawn.

Spectre
Production is sometimes more about space rather than layer upon layer, track upon track. Xilent has this down to a fine art and Spectre is a fierce example. As the drums roll in, bubbles of ghosted bass start to rise up in the track alongside warped mechanical malfunctions and a rain droplet melody, with a rising bass note leading to the drop. The track at first kicks in with a minimal post-triplet off beat drum track, bass and robotic horns jerking in and out staccato style. Not content with one killer rhythm, the track then drops into quite possibly the drum pattern of 2011, a rolling ride hat and snare skipper, which no sooner has appeared is once again shifted almost immediately into an even simpler pure triplet version of the same beat. In a rave, this will lift hands, re-energise tired feet and once again remind the world that DnB can still continue to delight and surprise.

Multishapes
Opening with an almost Vangelis style half beat intro, everything is then sucked away with solitary kicks and heart stopping bass stabs preceding the drop. Once again tech hard bass and snare are allied with live sounding hats to create an incredible juxtaposition between analogue and digital, all forming the foundations for snatches of future bass and clipped vocals. In keeping with the intro, a heavily effected piano melody then subtly washes in before the breakdown. Cinematic in scope, but powerful in the clubs, this is music which displays a range of emotion rarely found in drum and bass where the ambition and melody of artists like Bukem and Goldie are not often strived for. Drop this in the club, its a banger. Listen on a Sunday, its headphone music. Like a chameleon of future bass, this is a track which never stops surprising.

Choose Me I
The first of the Choose Me tracks, this takes the ethereal vocal and keyboard riff and expands them into a four to the floor electro stomper. The incredible thing is that while all the elements from Choose Me II are there, they both retain their own identity, with this version of the track definitely taking the soundscape into peak time hands in the air territory. Again, the production is simpler to casual listener with instant hooks pulling you in, while the intricacies in the track are there for those who like to dig a little deeper. When the results are this strong, deeper forays into the full array of the bpm spectrum for Xilent and less of a request and more of a duty.