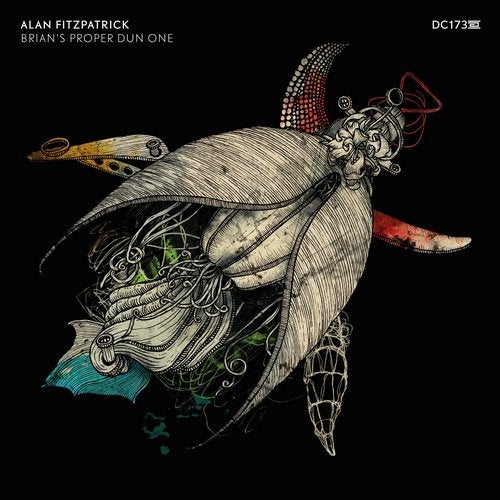 2016 was a standout year for Alan Fitzpatrick, with the Drumcode stalwart racing out of the gates in spectacular fashion with the release of his fabric 87 mix. A substantial amount of high profile shows followed, including appearing at the inaugural Junction 2 festival and closing the car park to a packed-to-the-rafters-crowd at Drumcode Halloween. He returns to Drumcode with 'Brian's Proper Dun One', marking his first appearance on the label since late 2016 when he remixed Moby's seminal 'Porcelain'.

The release opens with 'Brian's Proper Dun One', a track which caused a Twitter meltdown on Alan's profile when he first started playing it at the tail end of 2016. Loaded with sharp and pounding drums, this is an ethereal experience from start to finish and packs a real punch. It's a no holds barred, certified main room anthem. 'Wait A Second' feat. mc r1bbz has been a staple of Adam Beyer's sets of late and has been getting a lot of air time on Drumcode Radio. This rave inspired track takes a raw, stripped back approach and delivers a real killer blow. Alan sampled the vocals of mc r1bbz from an LTJ Bukem tape pack from the early 90s and the record tips its cap to early jungle raves around the M25. The release closes with 'Trance, Init?'; A homage to Alan's days first and foremost as a raver before he became a DJ, with his non-purist attitude when it comes to electronic music shining through. The breakdown is sure to be a hands in the air moment at festivals all over the globe this summer.