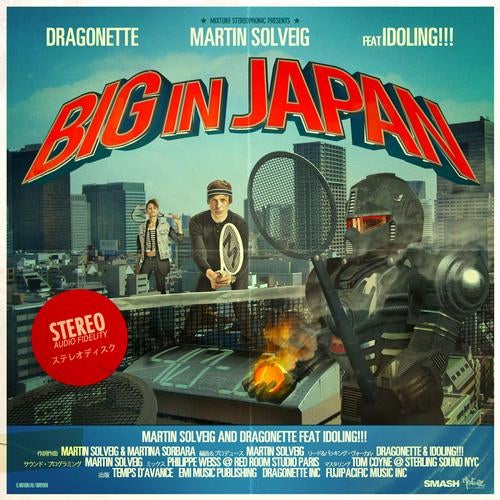 With almost 2 million record sales under his belt and 60 million YouTube views of the sensational music video for his worldwide SMASH hit single "Hello", Martin Solveig returns with Dragonette and Japanese superstars Idoling!!! The record - "Big In Japan"!

A firm favourite plucked from his latest long player SMASH, "Big In Japan" has been reworked with one thing in mind - much MUCH more fun! For some, Idoling!!! need little introduction. For those not familiar, they're an all-signing, all-dancing, all-female troop with a back catalogue of albums, DVDs and tours that could equal that of any major western world pop outfit! It goes without saying that Martin Solveig took no time at all in securing Idoling!!! for his next blockbuster music video!

Along with a phenomenal video come a smashing club edit from Martin himself and a full pack of exceptional remixes by Australian sensation Denzal Park, Dutch rising stars Ziggy Stardust & Les Bros as well as the French newcomer Thom Syma for fresh and unique versions - all out now exclusively on MIXTURE & Beatport.