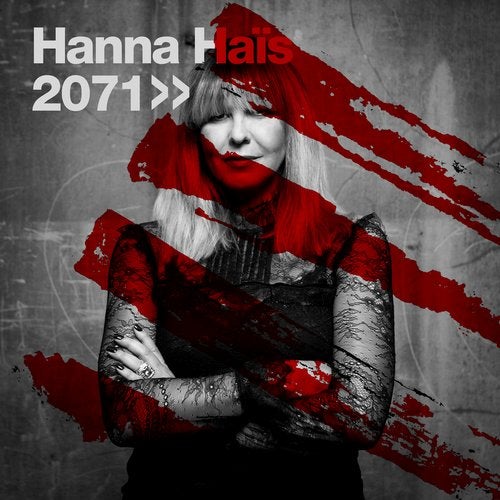 Hanna Hais chose to name her third album 2071 in reference to a year that will come almost six decades from now. The album is her vision of the world as she imagines it will be: a world of contrasts, of darkness and light. It is a world that is in places frightening and despoiled (as described in, "Alina" and, "Rendez-Vous") and where relationships between men and women remain complicated ("A Cote" and "Edouard"). But it is also a world where romance is still present ("Il me parle en Anglais") and where all cultures engage in a continuous dialogue. Hers is a musical vision at once utopian and dystopian.

It is has been said that an artist's third album is the easiest one to create. Not necessarily. Hanna waited six years to record 2071 because she was unhappy with EDM and the direction that house music was heading in the late 2000s. As the EDM movement started to taper off (at least in Europe), Hanna felt it was time for her to get back to work and develop a new musical direction.

Hanna first decided to work with French producer Alex Finkin, who produced five tracks on the album. Together they developed a new sound in his Paris recording studio that can best be defined as Deep Afro Tech. Last year she released the first single from that collaboration, "J"en reve," which was a radical departure for Hanna at the time. It opened new doors of creativity and showed that she had become a more mature artist, not afraid to take risks.

On her first album in 2005, Hanna worked with the legendary Brooklyn based, German producer Matthias Heilbronn. For 2071, she teamed-up with Matthias again for two tracks that can perhaps best be described as, Futuristic French House. Hanna also worked with French producer, Hallex.M (who is based in Hong Kong) on "Edouard", a song in an entirely new style that she calls Destructured Electronic Chanson!

Having spent quite some time in Africa-- and South Africa in particular-- Hanna selected the young, upcoming South African producers P.M Project to showcase their talents on "Le Declic," a half-spoken, half-sung electronic voyage. The globally recognized afro house producer Boddhi Satva was called upon to produce, "Ka Donke." And finally, Hanna worked with multi-instrumentalist and legendary US remixer and producer Eric Kupper on "Life," the final track of the album.

The two songs entitled, "Alina" and "N'fa Kafo" are duos with Aminata Kouyate from Guinea. These duos were important collaborations for Hanna Hais because they permitted both women to express concerns which they feel are shared by all women, regardless of their origins or individual histories.

2071 is a beautiful and extraordinarily personal album by Hanna Hais, and without question her most accomplished work to date.
www.hannahais.com