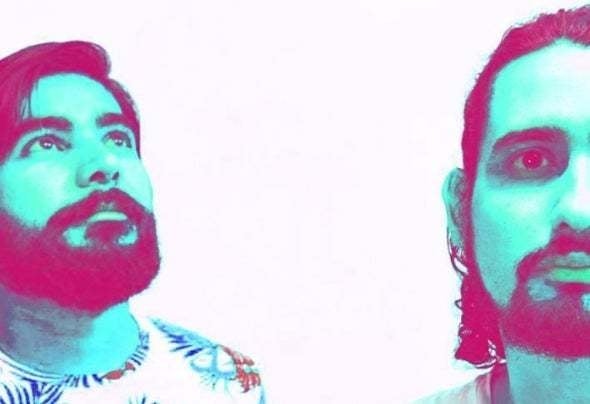 Tony Disco is Jorge Antonio Figueroa and José Antonio Otheo; lifelong friends who are well known for their electrifying fusion of house and disco with driving basslines. Deeply influenced by early psychodelic rock, italo disco and electronic music, the project developed while sharing an apartment in 2012, their shared passion for music made them experiment with a Numark controller and some old Pioneer CDJs at after-parties with friends, brewing a techno/boogie/disco dance-floor killer sound which they needed to try at local clubs. The two made a name for themselves in the Cholula underground scene for their ability to seamlessly blend disco/funk, indie and house at venues such as Voodoo Mamma, Bar Fly and Diente de León. Since then, they have been landing releases on several disco labels such as Nude Disco, Tom Tom Disco, Spa in Disco, ISM, Paper Disco, L'equipe Du Son has also catch an eye on them releasing on his own imprint Silhouette Music and last but not least Fingerman's Hot Digits.