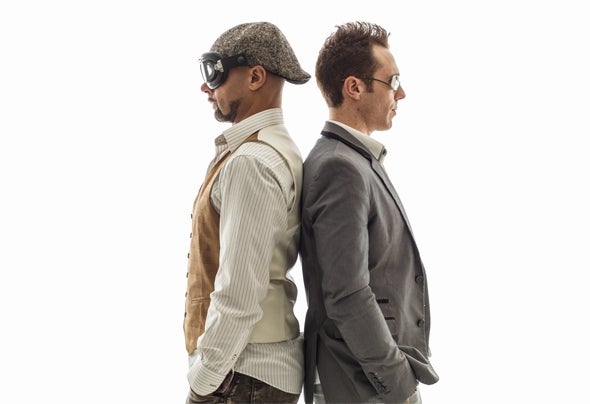 SpeekAir, an electronic music duo, was born in 2015 in Geneva from the artistic cooperation between Stavef and Tiborg. It belongs to the Electrochic, Deep Tech and Chill wave.Stavef and Tiborg met at a live performance in Courchevel, France, in 2003.Although the decision of creating the SpeekAir duet took place only just recently, both artists had already shared numerous stages together thus exploring various musical horizons from Electronic Jazz to Deep-Tech to Chill.Immersed in his mother's vintage vinyls since early childhood, Stavef spent many years perfecting his musical style before settling professionally at Geneva's La Reserve as a DJ and Sound Designer. His creativity is increasingly sought after for various up-market product sound identities. His latest being a web radio project for the renowned French luxury company : La Durée.Tiborg is a DJ Performer and music producer on the rise and is better known for his various artistic contributions ranging from Will.i.am to La Roux, also including 30 Seconds To Mars and more recently Celine Dion. As a DJ, Live Musician, Singer and Composer, Tiborg brings the "Live Performance" touch to this duo. It is during such a performance at La Reserve that both artists decided to unite their talents into the SpeekAir concept.The first track released from this union, "Mrs Robinson (in Bangkok)", is a cover of Simon & Garfunkel's world-renowned success.Deep House blending guitars, acoustic bass and piano to accents of World Music give birth to a fresh, original and nevertheless bold track.